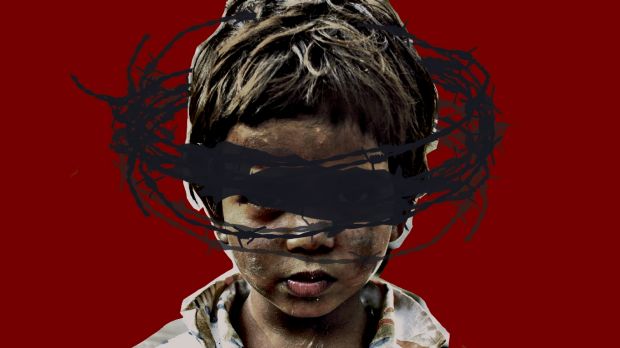 A quiet, curious insurrection has been happening on the periphery of the public eye in Australia in the past few months. Nuns arrested, priests occupying politicians’ offices, bishops slamming government policy as ”cruelty”.

Usually dutiful Christians have been radicalised by a mounting outrage, concern and grief at the way we have been treating asylum seekers. This has prompted an unprecedented coalition of church groups determined to persuade the two Christian leaders responsible for the policy – Tony Abbott and Scott Morrison – to show more compassion to the vulnerable.

”The Lord your God … shows no partiality,” Moses told the Israelites. ”He defends the cause of the fatherless and the widow, and loves the foreigner residing among you, giving them food and clothing. And you are to love those who are foreigners, for you yourselves were foreigners in Egypt.” (Deut 10: 17-19)

The Bible is irrefutably clear on two things: first, that all Christians should show love and hospitality to strangers and, second, and crucially, we should protect and care for children. There is nothing ambiguous about these claims.

So the reaction of some to the appearance of the interdenominational group Love Makes a Wayformed to end “inhumane” asylum seeker policies through non-violent protest, was: ”At last!” or ”Where on earth have you been?”

For this is surely one thing on which all Christians can agree.

It was sickening to hear Human Rights Commissioner Gillian Triggs report this week that nearly all the 174 children on Christmas Island were sick, depressed, self harming, having nightmares, swallowing poisons, wetting beds, wandering aimlessly behind barbed wire. It was chilling to hear babies were not crawling.

All of this under our watch?

Professor Triggs says the children were suffering symptoms similar to post-traumatic stress disorder, and called on the government to process them onshore. There were 128 reported cases of children harming themselves in just 15 months.

Immigration Minister Scott Morrison cast doubt on Triggs’ comments, saying she was not a doctor (even though she is a widely respected law professor), and dismissed her statements as “sensational” and untrue . But the next day the claims of Triggs, who pointed out as a lawyer she was trained to deal in evidence, were backed up.

At the inquiry into the detention of children, a former director of mental health services at detention centre service provider International Health and Mental Services (IHMS), Peter Young, alleged the government had covered up – or doctored data on – the level of distress among child detainees.

Dr Young said they had collected data showing ”significant” mental health problems among child detainees, ”perhaps a little higher” than adults. But he added – when pushed – that the Immigration Department ”reacted with alarm and asked us to withdraw these figures from our reporting”.

There were further allegations of physical and sexual abuse on Nauru against children by staff.

These kids are in our care. And many in the churches are horrified and furious.

In a foreword to a report by the Australian Churches Refugee Taskforce – which represents nine Christian churches and three ecumenical bodies – the Anglican Dean of Brisbane, the Reverend Peter Catt, said Morrison’s position, as guardian of these children, was ”untenable”.

”The churches have a responsibility to speak,” Catt said, because of their own history. ”We’ll never again stand by and do nothing about child abuse … Institutional child abuse occurs in many different settings and it’s illegal, it’s horrific and it’s unacceptable.”

Sister Brigid Arthur from the Victorian Council of Churches went further. She said the fact that we condone the indefinite imprisonment of children ”seems to be abusive and it is state-sanctioned”.

Morrison, a policeman’s son, would hardly agree. He has been asked many times how he reconciles his Christian faith with the misery of asylum seekers and statements like that of the Australian Catholic Bishops Conference that our asylum seeker policy ”has about it a cruelty that does no honour to our nation”.

In response, he has repeatedly pointed to the fact that their parents brought them here, and that he has effectively stopped or dramatically slowed  sea arrivals, which put children at great risk, and reduced the number of children in detention overall. If we welcome some, his logic goes, we endanger thousands of others.

There is truth in this.

But the problem is this: What are we doing to those already in our care? Have we not all concurred, when John Howard agreed to pull children out of detention, that this is something we do not want? Tony Abbott has said no one wants children in detention. Yet the creep has continued. More than a thousand children are locked up.

So now we need to agree to get those children back onto the mainland, where we can monitor them properly, ensure they are in good medical care, and able to go to school. Where we can make sure they don’t waste precious years depressed or regressing. The Australian Refugee Taskforce also recommended an end to closed detention of children, a national policy framework, consistent standards of care and independent reviews of claims for unaccompanied children.

Speedy processing is crucial, says the Sydney Archbishop, the Right Reverend Glenn Davies, as ”vulnerable children can be scarred by detention and feel as as though they are being treated as criminals behind barbed wire”.

Even Pope Francis has condemned the ”globalisation of indifference” towards refugees.

Obviously, this is not just a matter for the church.

But the church has a moral duty to press for this.

The founding director of the Australian Centre for Public Christianity, the Reverend John Dickson, says while the church has ”lost some credibility” when it comes to the treatment of children, the Bible ”placed the highest demands on believers to honour and protect children, especially orphans, as special examples of God’s own precious children”.

”When Jesus saw his own disciples preventing children from being brought to him, ‘he was indignant’, the text says, and uttered those famous words, ‘Let the little children come to me, and do not hinder them, for the kingdom of God belongs to such as these,’ ” he said.

”These words should haunt the Immigration Minister, every Australian politician, every Australian with a vestige of respect for Christ, as our policies prevent children, many of them deeply traumatised, from entering into the freedoms and protection of our little kingdom.”

We can’t ignore this any more. Enough.