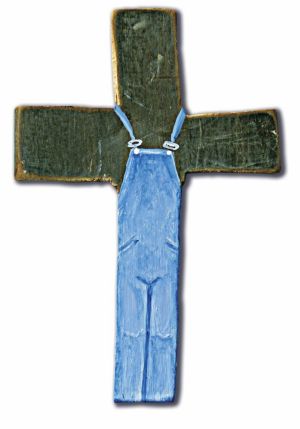 At my great aunt’s funeral, I sat in a church with a small handful of people before a priest who struggled to do her justice. “She was”, he said, clearing his throat and looking around, “very good at folding napkins.”

This was followed by a long pause.

We don’t mark death very well in the West. We so often wrestle the most heart-rending, wretched, or bitter events into neat formulaic moments: a service perhaps, a homily, a hymn, a tearful speech, sometimes not even that.

And yet a funeral can be a glorious occasion, properly done.

It is at exactly these moments we assess what matters, and what we want our lives to mean. We see, or should see, in sharp relief everything that is puff, rot, or nonsense.

A funeral was held in Redfern last week for the humblest man I have known. John McIntyre was the rector of the Anglican parish of St Saviour’s, which on Tuesday was crammed with red-eyed mourners: mothers with babies, collared priests, gay couples, Aboriginal and Torres Strait Islanders, and archbishops squashed next to men in rags. Outside, we were asked to donate money to indigenous ministry. Inside, the glass windows were stained yellow, red and black.

John led a remarkable life. Not just because he was on the margins of the Sydney diocese due to his progressive views but ended up a Bishop in Gippsland, Victoria, celebrated for the same views.

He was remarkable because he was a priest who fought for the disadvantaged, the marginalised and the spurned. He devoted his bishop’s stipend to hiring indigenous ministers. He argued bluntly for the ordination of women in the Sydney synod and laughed off off the ensuing pariah status. He instinctively stood with people who were alienated and spat on.

And he had most recently been condemned by the church hierarchy for appointing an openly gay priest to a local parish. This made him an “accidental activist” for the LGBTI community, he said. He went on to argue for equality and inclusion in his address to the Gippsland synod in 2012. “We now all know that same-sex attracted people are not heterosexual people who have made a perverse choice about how they express their sexuality,” he said. “They simply are what they are.”

(His friends wonder whether he would have been taken to court for allowing an openly gay man to be a rector, much like the first men to ordain women had been.)

We don’t hear about people like McIntrye, much. Those who, as his close friend Rev Bill Lawton, put it, “live the art of gentle persuasion.”

We hear about those who joust in the halls of power, who use religion for conservative causes, or obsess on sex and morality, not on poverty, kindness and justice. There are a handful of references to homosexuality in the Bible. There are more than two thousand mentions of poverty: “As you have done it unto the least of these my brethren, you have done it unto me.” We are told repeatedly to care for the poor, the widows, the orphans, the homeless, the strangers, the asylum seekers, children: “Whoever welcomes one such child in my name welcomes me.”

After decades of prosperity, it is particularly odd that today the vulnerable are attacked so often – disability pensioners, the unemployed, single parents – with a rhetoric of self reliance that too often smacks of privilege.

Pastor Ray Minniecon spoke at the funeral on behalf of Australia’s Aboriginal and Torres Strait Islander people. He had refused to believe McIntyre was a priest when he met him: “He didn’t patronise my people or me. He treated me as an equal. He took on more of the persona of a servant. John Mac had this incredible ability to blend into the social fabric of our local community without being ‘seen’ as a priest or a ‘do-gooder’.

“He took a special interest in the needs and concerns of the marginalised, the outcasts, the unwanted and the shut-ins as he walked in and among the community he was called to serve. Many of these people were First Nations people.”

Minniecon, former CEO of Kinchela Boys’ home was reluctant when McIntrye asked if he would work with the Anglican Church in Redfern decades ago. “With the Crown as its head, the Anglican Church in Australia represented the dispossession and destruction of my people.” But he trusted McIntrye, who “became our greatest advocate, supporter and also our greatest protector.”

Challenging disadvantage was not a marginal issue, to McIntrye, but core to belief. In 2012, he argued: “I believe it is a matter of justice that one of the ways by which we redress the wrongs done to the peoples of the First Nations of this land is to use the wealth we have gained from their land to ensure their future in it. I do not see this to be a voluntary issue for Christians but a faith imperative.”

You can’t help but wonder why the church gets so bogged in doctrine, internal debates and exclusion today: appearing to eternally debate a long list of those who fail, don’t fit and are not welcome. Christianity is at its most powerful when it is at the margins, or periphery, not the centre of power. When it is identified with the outsiders and with action, not exclusive clubs. Though taking the mitre did not change McIntyre; as a bishop in another state, he was the same man.

As Minniecon said, McIntrye “knew how to put his faith into overalls”.

And for that he will be missed.