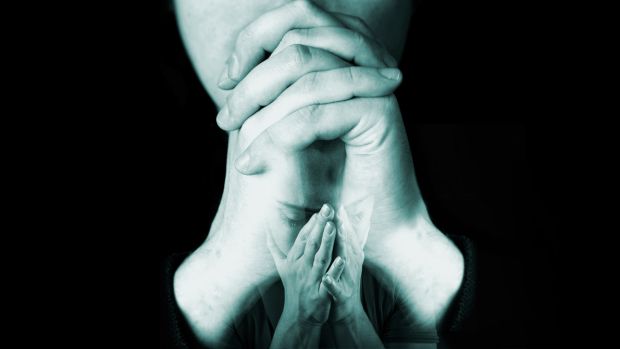 Something quite extraordinary has been happening in the Anglican Church in the past few weeks.

People are talking about domestic violence. Ministers are preaching about it. Survivors are emailing each other. Theologians are scratching their heads.  And now, the Archbishop, Rev. Glenn Davies, has indicated he would be “very open to participating in a cross-denominational survey of domestic violence” to unearth and understand the problem.

An unprecedented, open debate has exposed dangerous ways of thinking.

A few days ago, for example, David Ould, the rector of Glenquarie Anglican Church in Sydney, wrote something he warned would be “incredibly shocking” on his  blog: a biblical argument for a woman enduring abuse.

Ould is a conservative pugilist and evangelical who sits on the local  and national synods and is active in the Anglican Church League.

He stressed that he  is “incredibly disgusted by men who abuse women”, and is outraged when Christians do so. He comes across domestic violence “many times a week” , and has “on multiple occasions” intervened to remove a woman from an abusive situation.

But he went on to say “I think the Scriptures have something directly to say to a woman who stays (I presume for a while) in an abusive situation.”

He quoted 1 Peter chapter 2, where slaves are told to “submit yourselves to your masters, not only to those who are good and considerate, but also to those who are harsh.” In other words, to even submit to being physically harmed.

Ould then cited 1 Peter 3, which says “Wives, in the same way submit yourselves to your own husbands”. This, he wrote, makes pastoral advice difficult for a minister dealing with an abused wife, as the verse suggests God might be telling her to remain: “If she chooses to stay and ‘endure verbal abuse for a season’ or even choose to suffer physical abuse for a short period of time … is this not her seeking to obey the word of God?”

To stay, then, “might actually be a Godly wise choice”.

Ould’s colleagues and followers almost unanimously corrected him on the grounds of exegesis, theology, timing, and sensitivity. “I fear such thought-bubbles,” wrote one, “unwittingly aid the abuser.”

Ould continued to emphasise he would not advise a woman to stay, but was just transparently wrestling with what the Bible says. Which is exactly the right thing to do, if unsure.

A week later, he graciously apologised and said he had been wrong.

The fact that ministers are openly grappling with assumptions is excellent. The more air let in, the better. And let me be clear: this is not just a Sydney Anglican problem. I have heard stories from Pentecostal, Anglican and Presbyterian churches where a conservative theology of headship has been twisted to condone abuse.

This is why when John Dickson and Natasha Moore of the Centre for Public Christianity called on conservative evangelical institutions to “urgently consider commissioning an independent study into both the prevalence of domestic violence in our churches and clergy responses to it,” people sat up.

“Nobody,” they wrote on the ABC’s The Drum, “should be more horrified by emerging stories of abuse and of grossly damaging advice from pastors than the church itself, and an honest assessment of the situation –  regardless of what it uncovers, good news and bad – is crucial to finding a way forward.”

They are right. It is vital it be independent, transparent and comprehensive. So what form will this review take?

These are some urgent questions: what do their ministers and counsellors say to abused women? What are their teachings on marriage? Do they teach women to submit to men – how? How do they explain the doctrine of male headship? What does their training suggest? What resources are in place? What do their missionaries advise in other countries? And why isn’t there – in the Australian Anglican Church at least – a full national protocol addressing domestic violence, as there is in England?

If any ministers truly think that the “godly choice” is to suffer, they should not be pastoring abused women.

Isabella Young, who wrote (under a pseudonym) of her own experiences of abuse in a Christian marriage in the Herald a week ago, believes there should be “Safe Parishes”, much like Safe Houses, where an independent body could assess if a minister is culturally aware and sensitive to matters of domestic violence, and would act to protect a woman suffering abuse.

They should have, she says, “appropriately trained staff, and commit to caring pastorally for such women, and to being ready to allocate appropriate resources to do so.”  That, then, would be a safe parish.

Such a concept would no doubt alarm the church – every parish should be safe – but also provide comfort to anxious women who don’t know where to go.

This debate is at its heart about the voice, and place, of women in the church. But much like suffrage, which was thrashed out by all-male parliaments, this debate will be had largely by men, with other men. And as Army Chief David Morrison so powerfully said, the standard you walk by is the standard you accept. The outcome will rely on good men who have the moral courage to allow orthodoxies to be challenged, to encourage exposure and doubtless uncomfortable self-examination in order to change.

And who understand that those who say – and do – nothing are just walking by.