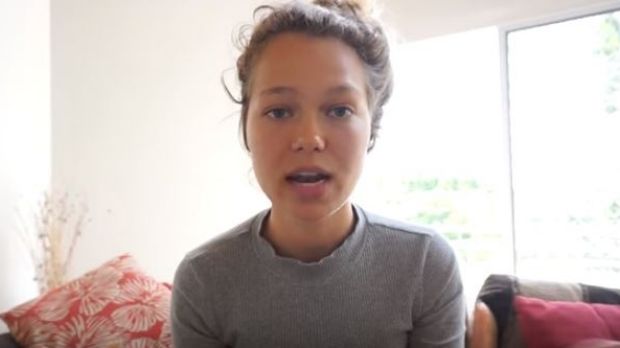 It would be easy to mock a pretty teenage model for posting earnest, excited videos of her unremarkable discovery that Instagram is not real life, telling  followers with unblinking naivety that you can meet real people if you go to a real cafe – and you can talk to strangers on a bus if you try – and that trees are amazing!

But the revelations of Instagram star Essena O’Neill this week were compelling. Thousands of young women have stared at her tear-streaked face as she urges them not to judge themselves by, or build a life around, social media success.

Even the fact that she “made it” online, Essena says, did not stop, but fuelled, feelings of anxiety or depression.

Is this the curse of a generation?

Essena, a 19-year-old Australian “insta-celebrity”, has been cultivating a social media profile since she was twelve. She spent years building a following on Instagram with shots of smooth teen legs, bikinis spanning a tanned torso, a winsome face grinning at a camera she is holding herself. And clicking again, and again, and again, to get the right shot, the right angle for herself or the sponsors who pay her to advertise their brands.

By the time she left school, Essena had more than half a million followers on Instagram, and a quarter of a million on Youtube. But it is this metric that made her miserable. The more likes she got, she says, the more insecure she became: “You have no idea”.

So she has decided to quit social media, deleted most of her photographs and re-edited those left with captions telling how manufactured the images were: she yelled at her sister while taking one, had a lonely night at a school formal after taking another, and starved herself to prepare for a third.

Her insights are perfectly obvious except perhaps for anyone stuck in the wormhole; or too young to remember a click-less world.

“You don’t have to do anything but explore what excites you.”

Of course, Essena has her detractors. Zack James, another former Youtuber accused her of shifting blame for her own unhappiness. He wrote on Facebook: “Social media can be whatever the user desires it to be. Allowing yourself to become pressured into a false life that you’re uncomfortable with is the result of your own actions.”

There is some truth in this but it is undeniable that instead of a collection of friends’ photos, Instagram has proven to be, for many, a wormhole of self-regard that can suck up hours and self-esteem. It’s a culture that can breed self-loathing and anxiety in epic proportions as people scroll through other people’s faux-perfect pictures. Those of us who did not grow up with it might feel a bit flat when we see friends on Facebook living some photographed dream, with perfect houses, perfect holidays and perfect children. But it’s far worse for those of Essena’s age, who spent teen years checking their phone before they get out of bed. It’s judgment and fickle, transient approval on a grand scale, beamed into your bedroom.

“What happened to recording your thoughts on paper, in a journal, for yourself?”

Of course it’s contrived: you only need spend half a second on social media sites there to see how heavily styled, self-conscious and unconvincing many accounts are.

According to a report from the Black Dog Institute and Mission Australia, 15- to 17-year-old young women are twice as likely as young men to develop mental illness. A significant part of this is surely due to what psychologists are now calling “social media anxiety”.

One 13-year-old, Evie Haultain, told the ABC last week: “People will literally wait for hours for somebody to post one of those heart-shaped emojis on their selfies so they can feel good about themselves. I’ve experienced that and it’s not nice.”

One site, Rosierespect.org, has launched an app that bombards teenage girls with positive affirmations when their alarm goes off each morning, to counter the other messages which may flood in online. How grim is it that this is even needed?

What disturbs me is that Essena began all this when she was 12. And that she now, at 19, seems to view herself as in a state of some decline: “I don’t care if my body isn’t as toned as it was when I was 15.”

She has certainly begun an important conversation, even for those of us who’d rather knit our own intestines into a hat before posting photos of our bottoms online.

There are some problems, though.

First, it is her beauty that has drawn the audience, and propelled the global attention, with articles that link repeatedly to the glamorous shots she now despises as false. What if a plain girl from Orange, or Ohio, has had the same revelation?

Second, social media can also be an excellent way for young women to be heard, draw an income and kickstart a career. How do they navigate this while avoiding self-obsession and the same old bollocks about needing to take your clothes off to be noticed? Surely deleting Instagram accounts is not the only answer?

Third, Essena is still living her life online. She’s rejected one set of mathematical measurements of importance – Instagram likes – for another: emails received and new website clicks. She is still documenting her transformation for others. What happened to recording your thoughts on paper, in a journal, for yourself? Is that too retro now?

One thing we can take from her story is this: the longer you can delay anyone getting hooked on social media, the better.