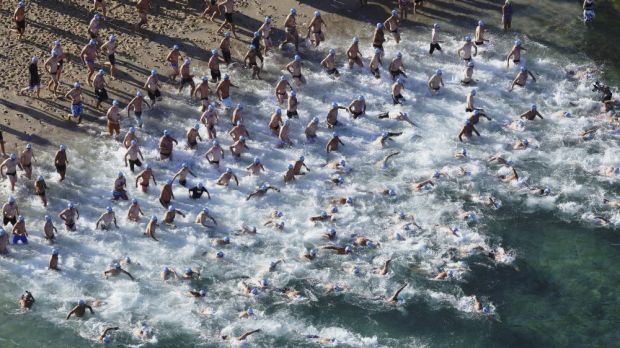 Bob Carr extolled it. So did John Howard. Robyn Davidson championed it. It’s often claimed that a long walk is one of the best ways to sweep the brain.

But who has the time to take one? A walk that’s unstructured, meandering, can lead us anywhere and possibly swallow hours? And, more importantly, how many of us walk without our phones today?

History points to dozens of writers who paced for days while writing in their heads, words matching steps. Alfred Tennyson tramped the chalky cliffs of the Isle of Wight, chanting as wind swept his beard over his shoulder. Wordsworth is said to have travelled tens of thousands of kilometres while composing poems and playing with rhymes in his head – either along green hills or around his garden.

Charles Dickens trod the streets of London in the hours before sunrise, trying to cure his insomnia, capturing the “restlessness of a great city”. Virginia Woolf tried to stem depression by walking, or “street-haunting” through London parks, telling herself to forget her dark thoughts – “I’m so ugly. So old.” –  and instead “see people, and imagine their lives”.

There are others: Robert Louis Stevenson. Gertrude Stein, Vladimir Nabakov, George Orwell, Nietzsche, Henry Thoreau – all of whom liked to stroll, and wander. Davidson walked halfway across Australia, much of it barefoot, with a crowd of grumpy camels.

Behind many of the greatest, and lesser works in our literary canon is the solid, steady tread of feet. Science backs this, too. Recent research from Carnegie Mellon has shown distraction can be crucial to solving problems.

Another new study, published by two Stanford researchers, found “walking opens up the free flow of ideas, and it is a simple and robust solution to the  goals of increasing creativity and increasing physical activity”. In three studies, between 81 per cent and 100 per cent of participants were more creative when walking than sitting, whether inside or outside.

The authors concluded: “The neglect of the body in favour of the mind ignores their tight interdependence.” It might just be that exercise cheers us, and “an increase in positive mood might in turn improve divergent thinking”. It may just distract us, or stimulate memory.

There have been a rash of books extolling the virtues of walking, and articles  bemoaning the somewhat lost art of walking, of late. Professor Frederic Gros’  A Philosophy of Walking has been a bestseller in France. Yet, tellingly, he confessed to a journalist that he does not walk as much as he would like to, because “life is … complicated”.

So now we aspire to walk. Peripatetics are in decline.

You cannot help but wonder if the revived interest in walking is precisely because we do not do it properly any more – if we do, our heads are bent, faces flickering with device-light. We rarely amble without being plugged into a cloud or a horde somewhere, talking on the phone, listening to podcasts, peering into whirring digital wheels.

I know our brains adapt, but you cannot help but think the constant flickering of other people’s thoughts stifles our own, much like wrapping our brains in plastic. They can’t breathe if they don’t have room to meander, or even just see what is in front of them.

Which is partly why there is such a great wave of interest in mindfulness now.

Given our inability to leave our devices behind us, perhaps those who lack discipline to walk should choose to swim instead.

Professor Gros said walking’s great charm is that it “emancipates you from space and time, from … vitesse” – speed. This, too, is water’s promise. We are only bodies, floating, disconnected.

Swimming simply for our wellbeing may well be the last refuge of those seeking complete sensory shutdown. Where we block, unplug (most of those underwater devices  are useless) and just kick, be alone, suspended, weightless.

Some get bored lapping in blue chlorinated pools, which is why so many Australians are brilliantly lucky. We have the ocean to explore – long stretches of sea teeming with odd creatures – and, happily, we are quite unlikely to bump into too many other people.

The greatest kind of swimming is ocean swimming – slapping against waves, navigating rips, dodging stingers, dipping down through clouds of yellowfish, miles of peering hopefully – or nervously – at ocean floors.

The amazing Diana Nyad, who in 2013, at the age of 64, became the first person to swim from Cuba to Florida without the protection of a shark cage, (she wore a bodysuit, mask, booties and gloves to herd off jellyfish) told The New York Times swimming was the “ultimate form of sensory deprivation … You are left alone with your thoughts in a much more severe way.”

And “purposeless” swimming is one way we can be truly, effortlessly mindful: try thinking about your tax when a dusky whaler whisks its tail a foot or two under you. Your in-tray when a jimble jellyfish whips welts on your arm. Or your car registration when a flaming cuttlefish sweeps past, trunks gently waving, back rippling like a silk shawl.

There are, of course, benefits not just to our exploring our own solitude, but in others doing so too. Noel Coward, for example, was greatly in favour of long walks, “especially when they are taken by people who annoy me”.