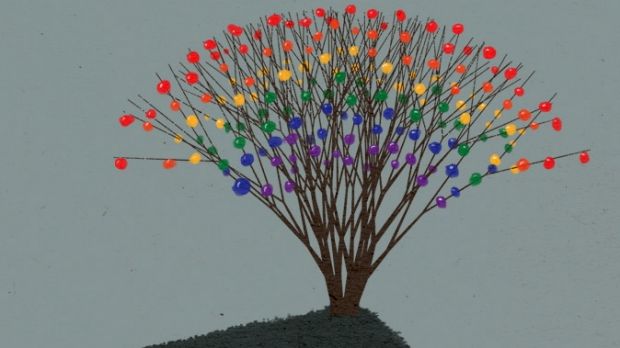 It’s one of the most fascinating, rapid cultural shifts of this century: today, a strong majority of Christians favour marriage equality. Although you might think, from the words of many of their leaders, that this not the case. So how has this happened? How has the thinking shifted so rapidly? Perhaps it is as simple as the members of the church recognising the necessary and logical separation of church and state.

As is so often the case, C. S. Lewis puts it the best. In a book called Mere Christianity, written in  the 1940s, he wrote: “My own view is that the churches should frankly recognise that the majority of the British people are not Christians, and therefore cannot be expected to live Christian lives. There ought to be two distinct kinds of marriage: one governed by the State with rules enforced on all citizens, the other governed by the Church with rules enforced by her on her own members. The distinction ought to be quite sharp, so that a [person] knows which couples are married in a Christian sense and which are not.”

Evidence shows Australia is becoming more, not less, secular. The Centre for Public Christianity found in a recent survey that almost half of all Australians – 48 per cent – have never believed in a creator God or no longer do. This is an astonishingly high figure, especially given that 10 years ago the World Values Survey found 10  per cent of Australians identified as atheist.

And even inside the church, views are changing.  In 2011, a Galaxy research poll found 53 per cent of Australians who identify as Christians supported same-sex marriage. In 2014, a Crosby Textor poll confirmed this majority support. It’s the same in the United States. Data from the Public Religions Institute in 2014 found most major religious groups “fully embraced” marriage equality, in a turnaround that surprised even the pollsters. This survey of 40,000 Americans found 60 per cent of Catholics, 62 per cent of white Protestants and 77 per cent of Jewish Americans rested somewhere between “favouring” and “strongly favouring” religious marriage. The Protestant support had doubled in a decade. (There were two exceptions – only 42 per cent of Muslims  and 28 per cent of white evangelicals favoured it.)

The Christian argument for marriage equality has grown in strength in this time, due to a greater weight given to what the Bible teaches about love. The second reason Christians now support same-sex marriage is because they now think not just that people outside the church should be free to marry the people they love but that the Church should recognise and bless these unions too. There has been an important rethinking of what the Bible tells us, and what was rooted in ancient beliefs and customs.

When, in 2008, Newsweek ran a cover story about the religious case for gay marriage, there were howls of outrage. Reporter Lisa Miller wrote: “Let’s try for a minute to take the religious conservatives at their word and define marriage as the Bible does. Shall we look to Abraham, the great patriarch, who slept with his servant when he discovered his beloved wife Sarah was infertile? Or to Jacob, who fathered children with four different women (two sisters and their servants)? Abraham, Jacob, David, Solomon and the kings of Judah and Israel – all these fathers and heroes were polygamists. The New Testament model of marriage is hardly better. Jesus himself was single and preached an indifference to earthly attachments – especially family. The apostle Paul (also single) regarded marriage as an act of last resort for those unable to contain their animal lust. “It is better to marry than to burn with passion, says the apostle, in one of the most lukewarm endorsements of a treasured institution ever uttered.”

It’s a provocative argument and many will profoundly disagree. But the theological debate is internal, for synods and assemblies, not parliament. To argue differently is to profoundly muddle the message and place of the church. And given marriage equality is now an inevitability, how will the church respond? With judgment? Or with grace? What will they, in the midst of the bluster and triumph, have to say about what marriage is? An exclusionary institution or a sacred bond of fidelity, monogamy and love?

It has been a great conservative contradiction: that many of those who espouse family values, have argued against marriage equality. The logic of this has cracked for many in the pews. Most especially for those who have close gay and lesbian friends, and have basked in the warmth of the relationships and marriages they have witnessed. Some point to the verse in Luke 6:43-44, where Jesus says: “No good tree bears bad fruit, nor does a bad tree bear good fruit. Each tree is recognised by its own fruit.”

When my loyal, beautiful best friend from school married her girlfriend of 20  years, she wore a bright red dress. I was so proud. After marrying in the US, they had a party in Sydney where we danced and ate and celebrated. After the speeches, I looked over to see my friend’s mother weeping. I went and hugged her; she said, voice muffled against my shoulder: “She is just so happy, Julia. . And so loved.” It’s pretty much the most beautiful thing there is.