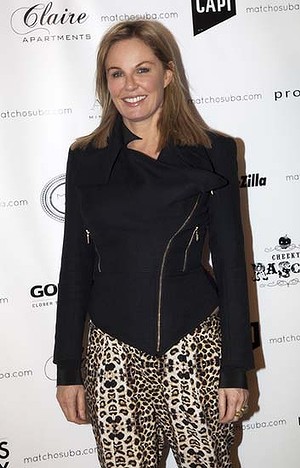 IN SCANDINAVIAN mythology, trolls aren’t particularly likeable creatures. Hair obscuring their faces, they lurk in caves, under bridges or in clusters of bare rocks. They hate Christians, eat humans, and live in groups, but crave darkness and isolation; if struck by rays of the sun, they will die or turn into stone.

This was, of course, before trolls logged on. Now, every day they spew bile from their caves, really desks and living rooms, on social media. We have always known the internet was the refuge, and platform, of the gutless. Cowardice springs eternal in a land of anonymity, rapid-fire typing and deceptive avatars.

This week’s attack on Charlotte Dawson was sickening. The attackers on Twitter were like hateful demons, hissing and frothing abuse; she was fat, ugly, she should kill herself, or self-harm, she was a whore and a “sad, ugly moll”. The words “hang yourself” were repeated like a mantra. She retweeted them all. Sometimes, she said, she shrugged it off; other times, she drank a bottle of wine. Mostly, she fought back, ricocheting between hurt and defiance.

She was particularly urious when a follower of hers defended her, saying her own husband had committed suicide – a troll tweeted she understood why. Dawson called the university the troll worked for, and told them their employee was bullying people online. That employee was suspended; the trolls cackled and upped their attacks.

On Wednesday morning, Dawson was on breakfast TV talking about how Twitter trolling should be exposed, but personally, the jibes were like “water off a duck’s back”. Later that night, she was typing “you win”, after being told repeatedly, again, to hang herself and “put [her] face into a toaster”. “Hope this ends the misery,” she wrote. Now she is lying in a hospital ward, hopefully surrounded by acres of flowers.

There has always been something fierce and vulnerable and honest about Dawson. She is a fighter who gets hurt.

But here’s the thing: most of the seriously violent attacks are directed at women. It’s online stalking. Since Wednesday, women like Helen Razer, Marieke Hardy and Clem Bastow – smart, articulate, interesting, prominent – have all emerged to share similar experiences. All asked: why are we always told to ignore cyber assaults as though they are napkin-slaps, not serious abuse?

As Razer wrote, after people questioned whether Dawson was right to fight: “there is no correct way to respond to ugly, unsolicited threats”.

So what do we do? For the worst offenders – expose them. Shame them. Block them. Why avert our eyes when we see the result of their bullying? The rest can stay hidden, and ignored, so their grotesque behaviour can be debated without the publication of their cyber-names, to avoid feeding attention-cravings.

Encourage Twitter to keep a record of those who are blocked for bullying; if a certain number is reached, delete accounts. If persistently savage, violent attacks occur, there should be consequences. There must be a way to punish serial bullies without triggering the possibility of broad censorship.
There is a reason trolls have never liked sunshine.