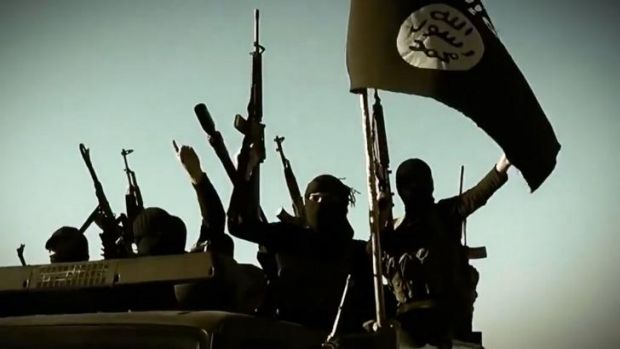 Islamic State: Shouldn't it be deemed a "rape cult" as well? Photo: AFP

Over the past few months, Islamic State has been conducting an extensive, barbaric campaign of rape against women in Iraq and Syria.

But, oddly, we’re not talking about it very much.

If we’re going to be using dramatic terms such as “death cult”, shouldn’t it be deemed a “rape cult” as well?

The stories have a sickening similarity. After sustained aerial attack, when soldiers walk into newly emptied, dusty streets in Iraq, dotted with dead bodies and mangled car carcasses, they have found naked women, bound and left on the ground, who have been raped repeatedly.

Then there are the three “rooms of horror” in Mosul prison where clusters of women have been kept locked up and raped at will.

Army chief Lieutenant-General David Morrison told me he is “disgusted” by the reports of sustained sexual violence. The ADF has already begun training its forces to be prepared to confront the aftermath of rape in wars.

The United Nations estimates 1500 women, teenage girls and boys have been captured by IS, some sold into slavery for as little as a reported $25. Numbers vary. The Syrian Observatory for Human Rights reports at least 27 Yazidi women were sold to jihadists for roughly $1000 each. The director of the UN Human Rights Office in Iraq, Francesco Motta, says as many as 2500 women were captured in north-eastern Iraq alone, almost half of whom were converted by force then “married”. The Daily Beast reports that some women entrapped in Mosul’s Badush prison gave birth to newborns who were immediately snatched from them. Others were bizarrely dolled up by local beauticians before being introduced to brand new husbands: teenagers forced to marry strangers.

One 17-year-old Yazidi girl, “Mayat” told an Italian reporter she was one of 40 women and young girls kept locked up and used as sex slaves in an unknown city. They were circulated in turn through “rooms of horror”. Some of the youngest girls stopped speaking. Some of the older ones have tried to kill themselves. Now Mayat was worried she would never scrub the horror from her mind. “They have already killed my body,” she said. “They are not killing my soul.”

As Aki Peritz and Tari Maller asked in Foreign Policy this week: “Why isn’t this crime against humanity getting more consistent attention in the West?” They continued: “Compare this to IS’s recent spate of execution videos, and the industrial scale of the group’s sexual assaults seems to fade into the background. Rarely do they seem to be the focal point of politicians’ remarks, intelligence assessments, or justification for counterterrorism actions against the group. In his September 10 speech laying out his plan for fighting IS, President Obama devoted just eight words to the issue: “They enslave, rape, and force women into marriage’.”

Australian Prime Minister Tony Abbott, too, has mentioned rape but not dwelled on it, nor spelled out the extent of it, or the deliberate use of it as a weapon of war.

Maller and Peritz worked as CIA analysts on Iraq counterinsurgency for years, but say they did not read any internal or external intelligence reports in that time which devoted solely to sexual violence, despite the fact that it was “rampant as an instrument of war”. Rape was simply not tracked in the same way other kinds of violence were, partly because of underreporting and because it was sidelined as a “woman’s issue”.

It’s not just western countries. As Haleh Esfandiari, who directs the Middle East program at the Woodrow Wilson International Center for Scholars, points out: “Arab and Muslim governments, vocal on the threat ISIS poses to regional stability, have been virtually silent on ISIS’s systemic degradation, abuse, and humiliation of women.”

So what do we do?

First the army, which has been wrestling with its own problems of abuse of women. General Morrison, who spoke at a Global Summit To End Sexual Violence in Conflict in London earlier this year, says there has been a “stepping up” of training across the Australian defence forces, providing advice on gender issues to most major commanders, including those deployed across operations. The forces are trained to work with UN agencies providing medical assistance to women who have been sexually assaulted, as well as multinational police agencies to follow up criminal prosecution if necessary.

Morrison says the ADF began training on gender-related issues several years ago: “I think this shows in the way we have protected populations in Timor, the Solomons and Afghanistan. All major commanders are provided advice on these matters and many of the most senior commanders in the ADF now have appointed gender advisers.”

He says, “this is something that goes to the heart of what we do. We are there to protect populations and the most vulnerable are often women and children. We understand those responsibilities. But when you look at what is happening you can question how effective any force may be given the scale of what is going on.”

We can do more. We need to document rape, to aid criminal prosecutions of sexual violence, and ensure there is care for those who are raped in war, including counselling. We need to provide options for those who fall pregnant at the hands of their captors. And protect those who are considered soiled goods after being raped, and are then vulnerable to honour killings by their families.

If we are to be embroiled in any conflict, in any capacity, we need to include the documentation and combat of systemic abuse of women as one of the top priorities of our mission. It is a crucial, core metric of law and order, the protection of fundamental human rights, democracy, and of civilisation. No one could possibly benefit from ignoring, or even downplaying such horrendous crimes.