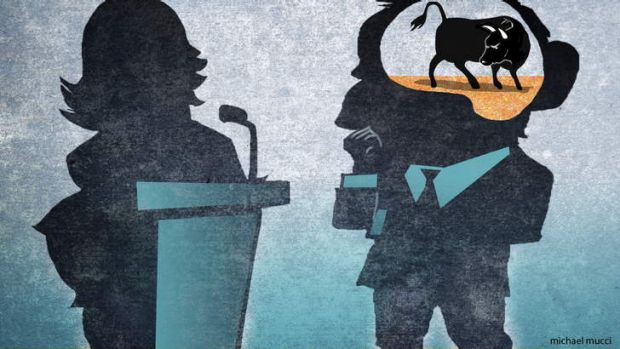 Most mornings, a little box flickers up on my laptop screen: ”How many minutes of freedom would you like?” I can then block the internet for up to eight glorious hours.

I did this for six days straight in Canberra recently, and wrote like a demon (assuming demons are productive). What surprised me was how, after a couple of days, I sank into an extremely pleasant, thoughtful place of immersion and intense focus. I wrote large slabs without blinking.

I know, I know, it’s ridiculous that we have an app called Freedom that ”liberates” us from access to the internet, when this access is commonly viewed as a global human right. But for those of us trying to write, or think hard, the siren call of the cavernous web, with its infinite, flickering treasures, is a huge, often overwhelming distraction.

This is why blocking sites such as Freedom, AntiSocial – developed by a man trying to write a PhD – and Self Control have become wildly popular. The sites have been profusely thanked by Zadie Smith in her book acknowledgments, and received endorsements from Nick Hornby, Dave Eggers and Naomi Klein. The New York Times dubbed it Nora Ephron’s ”antiprocrastination technique”.

Jonathan Franzen is more extreme. He wrote parts of The Corrections not only with the internet turned off, but wearing earmuffs and a blindfold. He destroys his computer’s ability to connect: ”What you have to do,” he told Time magazine, ”is you plug in an ethernet cable with Super Glue, and then you saw off the little head of it.”

What these writers know instinctively is what science has confirmed in a series of studies: media multitasking makes us less productive, slower and less agile. It also dampens our ability to think at depth for any length of time.

The definitive evidence on multitasking came from a 2009 Stanford study, ”Cognitive Control in Media Multitaskers”. When distractions were added during experiments, heavy media multitaskers were slower than the light multitaskers (by 77 milliseconds). They also had poorer memory recall, and were slower to switch to new activities or different parts of the same activity.

Those who didn’t multitask much were better at honing attention in the fact of distractions.

Further studies have confirmed this. One of the co-authors of this study, psychology professor Clifford Nass, told NPR in May that: ”the research is almost unanimous, which is very rare in social science, and it says that people who chronically multitask show an enormous range of deficits. They’re basically terrible at all sorts of cognitive tasks, including multitasking … We have scales that allow us to divide up people into people who multitask all the time and people who rarely do, and the differences are remarkable. People who multitask all the time can’t filter out irrelevancy. They can’t manage a working memory. They’re chronically distracted.”

People who multitask more also wrongly view themselves as productive, he says. ”People we talk with continually said, look, when I really have to concentrate, I turn off everything and I am laser-focused. And unfortunately, they’ve developed habits of mind that make it impossible for them to be laser-focused. They’re suckers for irrelevancy. They just can’t keep on task.”

Multitasking has also been found to be injurious to mental health. A Michigan State University study published in February found greater media multitasking was associated with greater depression and social anxiety, ”even after controlling for overall media use and the personality traits of neuroticism and extraversion”.

So what to do? Nass advises using email in tight 20-minute blocks. Devote time to long-form writing. Switch off your modem. Delay giving your kids more screens, and show them how to switch off, not just to flicker distractedly between phones, laptops, tablets. Put down your phone when with them.

A California State University study in May observed 263 middle school, high school and university students studying for 15 minutes in their homes. It found they spent an average of six minutes on a task before switching to another. Those who spent time on Facebook had lower grades and lower productivity. The authors recommended teachers give students ”technology breaks”.

Our brains will adapt to this new environment quickly enough. We will become more mentally agile and more able to rapidly sift massive volumes of information. But the evidence regarding potential erosion of our capacity to think profoundly is unequivocal.

A study by Elon University and the Pew Internet Project found that while most effects of ”hyperconnectivity” will be good for the coming young generation of digital natives, one side effect will be ”a loss of patience, and a lack of deep-thinking ability due to what one referred to as ‘fast-twitch wiring’. ”

So how do we safeguard prolonged thought? As author Nicholas Carr writes, ”improving our ability to multitask, neuroscience tells us in no uncertain terms, will never return to us the depth of understanding that comes with attentive, single-minded thought”.

We will, odd as it sounds, need to better understand how to find, and regularly occupy, pockets of silence. We will also need to learn how to politely ignore people, at least for short periods. We will need to respect other’s needs to pause, break, and interrupt the barrage.

Because it is increasingly clear that the faster our connections are, the more adept our brains become at sifting data, the more important our ability and determination to escape will become. To carve our own thoughts, not just react to others’.

As Barry Chudakov from Toronto University told the Pew Internet Project, by 2020 ”there will be a premium on the skill of maintaining presence, of mindfulness, of awareness in the face of persistent and pervasive tool extensions and incursions into our lives. Is this my intention, or is the tool inciting me to feel and think this way? That question, more than multitasking or brain atrophy due to accessing collective intelligence via the internet, will be the challenge of the future”.

The hermits of ancient times might laugh to think that, today, disconnection would become something akin to meditation. Or perhaps that is something they already knew.