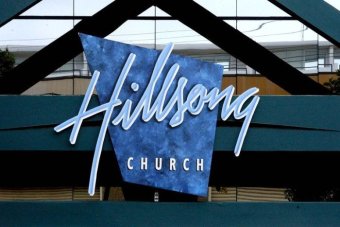 Hillsong Church is under pressure for inviting a disgraced American mega-church pastor who once likened women to “penis homes” to its annual conference.

Mark Driscoll was forced to resign as pastor of Seattle’s Mars Hills Church in October last year after staff protests and an internal church review found him guilty of arrogance, “responding to conflict with a quick temper and harsh speech, and leading the staff and elders in a domineering manner”.

An online petition has been set up to protest Mr Driscoll’s attendance at the Australian Hillsong conference, to be held in Sydney later this month, and at the church’s European conference.

So far it has attracted more than 1,000 signatures.

Mr Driscoll had also invited criticism for remarks he made about homosexuals and women, some in a blog and some under a pseudonym in an online forum.

In what was dubbed the “Testosterone Gospel”, he preached of a muscular, angry Jesus and told men to take responsibility and stop being “wusses”.

Ultimately, God created you and it is his penis. You are simply borrowing it for a while.

But it was the more extreme of his remarks that upset some of his female parishioners, in particular when he referred to women as homes for a penis.

“Ultimately, God created you and it is His penis. You are simply borrowing it for a while,” he said.

“While His penis is on loan you must admit that it is sort of just hanging out there very lonely as if it needed a home, sort of like a man wandering the streets looking for a house to live in.

“Knowing that His penis would need a home, God created a woman to be your wife. And when you marry her and look down you will notice that your wife is shaped differently than you and makes a very nice home.”

He told women to look after their appearance, saying a “wife who lets herself go” might lead her husband to sexually sin.

Mr Driscoll has since said some of these statements were “wrong”.

Hillsong Church, which allows women to preach and lead alongside men, has invited Mr Driscoll to its conference, which will be attended by tens of thousands of people.

Hillsong founder Brian Houston issued a statement in March stressing that Mr Driscoll would only be interviewed at the conference and was not lecturing.

He said Mr Driscoll was invited to attend the conference well before he resigned from the Mars Hill Church.

“Rather than having Mark preach or teach, I am excited about interviewing Mark and his wife, Grace, from our main platform during our Hillsong Conference 2015,” he said.

“I am looking forward to having this opportunity to speak openly with the Driscolls about life and ministry, as well as recent events and lessons they’ve learned through personal and ministry trials during the past year.

“My aim is to have an in-depth conversation that gives insight into their hearts.

“Mark has been candid about mistakes he has made, and if we can, through our conference, help others through his life experiences, we think that will prove valuable.”

As a pastor, Mr Driscoll was immediately and spectacularly successful.

In 1996 he founded Mars Hill Church in his apartment in Seattle; by 2013 it spread across 15 campuses in five states.

It became that rare and exalted of congregations: the mega-church, with more than 12,000 people attending each week and more than a quarter of a million viewing sermons online.

Mr Driscoll, a gifted and charismatic orator, was a large part of the reason for its success: he was a conservative preacher in the Reformed Christian tradition, offering a tough gospel in the liberal surrounds of Seattle.

His books became best-sellers and he appeared on TV shows watched by millions, like The View.

He was also young, hip and blunt-speaking.

But as the church grew, so did the disgruntlement of some of his staff and parishioners.

He narrowed the by-laws of the church, which centralised power, and fell out with senior parishioners and elders who challenged him.

In 2007, two were unceremoniously sacked and ousted from the church.

Since then, 21 pastors filed formal charges criticising Mr Driscoll for his treatment of these two pastors and others within his congregation.

His critics say he still has not made amends with those with whom he fell out. They question whether he’s shown genuine remorse, given that just a few months after he resigned, he started appearing on church stages again.