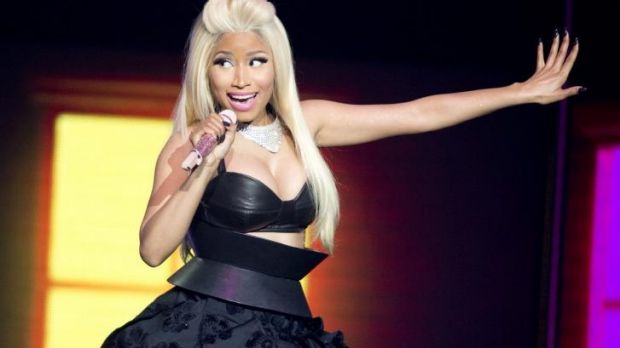 Like any sensible person, I’d be the last to dispute the well-established philosophical premise that fat-bottomed girls make the rockin’ world go round.

But I can’t be the only one wondering why it’s been hard to log onto my computer lately without having an Empowered Woman baring her bottom in my direction. Not knees, shins or necks. Bottoms. Mountains of nude bottoms, spotting the internet like pale, rounded beacons of absurdity.

Maybe it’s time women hopped on the mooning-wagon.  Backside-baring was once, after all, almost solely the preserve of men. And it was not for the aesthetics of it. Mooning was meant to shock, show off, disrespect, stick it to the man. Or it was just an inevitable consequence of drinking ten pints of beer. Now women are baring bottoms – if not exactly mooning, as some shreds of fabric remain – to seek respect. Not so much kicking ass as parading it.

Nicky Minaj’s video Anaconda, which heavily features her “fat ass”, drew almost 20 million views in the first day it was posted. J-Lo and Iggy Azalea sing a duet out about “Booty”, calling out: “girls with the cheeks put ’em hands in the air”. Beyonce, Miley Cyrus, Rihanna, and Serena Williams have all displayed their posteriors with panache in recent months.

This year the Sports Illustrated swimsuit issue featured three women showing off semi-nude bottoms on the front cover – for the first time. (There is also, reportedly, a new trend amongst bridesmaids to tuck their dresses into their underpants and let the wedding photographer photograph them in a row, flashing backsides. Thanks for nothing, Instagram.)

Women now post “belfies” (“butt-selfies”) and have “bacials” (“bottom facials”) to right their rears and transform them from seats to spectacle. American Jen Selter has almost five million followers for an Instagram account dedicated solely to her impressive belfies. As she told the New York Times, “It’s interesting, how a butt can make you.”

For those scrambling to catch up, there are “butt-lifting jeans”, padded underpants and a host of surgery options to lift and augment bottoms. Significant numbers of women are now having bottom implants in a shape called “the Kim” after Ms Kardashian’s stupendous asset. According to the American Association of Plastic Surgeons, Brazilian buttlifts – where the fat is taken from another part of the body and injected in the bottom – shot up by 16 per cent from 2012 to 2013.

This is more rear-volution than revolution. It might just be that bottoms are the new boobs: another trend, another erogenous zone highlighted, spraypainted and marketed. At first glance, it’s more Benny Hill than Germaine Greer. It is a victory of sorts, though – against thinness, and scrawny, impossible beauty myths. Nicky Minaj snipes at “skinny bitches” in Anaconda. Megan Trainor sings in All about the Bass says: “I ain’t no size two, But I can shake it like I’m supposed to do, Cause I got that boom boom that all the boys chase And all the right junk in all the right places.” She slams magazine photoshopping and insists: “I won’t be no stick figure silicone Barbie doll.”

In this sense, it’s a triumph for normal sized women and non-Anglo physiques. In Bossypants, Tina Fey J-Lo’s dragging decent-sized rumps into the mainstream as a great turning point. Academics have heralded this fashion as a victory for Latino women in America, an assault on the ideals of skinny white women, and an undermining of a snobbish history where wealthy women demonstrated moral restraint by ensuring they had small hindquarters. As Professor Myra Mendible, author of From Bananas to Buttocks, says, it was seen as important that upper class women “did not carry excess baggage in the trunk.”

Puerto Rican Professor Frances Negron Muntaner argues the emergence of the substantial, rounded rear is, historically, a celebration for those “thought of as ugly, treated as low yet surviving – even thriving – through a belly-down epistemology.”

This is excellent. Can we have bigger noses now? Bigger tummies? Massive ears?

For the champions of the rear-volution are still, mostly, genetically rare bodies. They still exploit women’s insecurities and create new ones. Some women have sustained serious injuries after having dodgy products injected in their rears. Some implants flip and scar. Tamara Blaine died in a New York hotel after getting illegal substances inserted into her buttocks. Los Angeles Apryl Brown needed to have her hands and feet amputated after a fraud shot bathroom sealant into her haunches instead of silicone.

Vanity is not new, nor are shysters.

But can we perhaps agree that discipline, fitness, and curves are good but adopt the basic principle that if a man next to you is not baring his bottom, maybe think about keeping yours under wraps? If a bloke doesn’t need to wobble his rump to be noticed or promoted, perhaps we should ponder that thought?

After all, the greatest women in history have not been known for narcissistic shots of body parts. Not something we’d ask of Hillary Clinton, Helen Garner, Quentin Bryce, for example. Julia Gillard was just attacked for hers – astonishingly by Germaine Greer – when we should not have been discussing it at all. Must we also be judged by our backsides, along with everything else?

Shake, burn, twerk, put your hands in the air. If the cliched statement “does my ass look too big in this” is finally made redundant, great. As long as, you know, we eventually move on to something else.