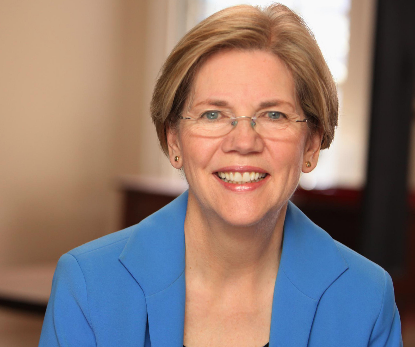 Elizabeth Warren, the first female senator elected by the state of Massachusetts, has long been the scourge of Wall Street. Her championing of the middle class, and sustained, scorching attacks on banks and billionaires meant her solid triumph over Scott Brown this week had the Daily Beast calling her the “badass senator”, while BusinessWeek warned: “She’s baaaaack”

Warren has been pain free in the past few months as she campaigned vigorously in the state held by the Democrat lion Teddy Kennedy for 47 years. An articulate, fervent and bright woman, Warren made populism palatable, and during the recession voiced the broad anger towards bankers on Wall Street.

As a legal academic, Warren spent three decades researching bankruptcy, and the shrinking of the middle class, which she says occurred because of dramatic rises in basic living costs such as health and education. Her most significant study found more than half of Americans forced to declare bankruptcy did so because they could not afford medical care. She has long argued for more accountability, transparency and protection of consumers. They must, she says, at least understand what they are signing in mortgages and credit applications that are longer and more complicated than ever.

Warren first bonded with Barack Obama over the need to counter predatory lending. When he appointed her head of the Congressional Oversight Panel, she became responsible for monitoring the bailout money, for which no accountability was demanded from the banks.

In her speech at the Democratic convention, Warren was indignant: “Wall Street CEOs – the same ones who wrecked our economy and destroyed millions of jobs – still strut around Congress, no shame, demanding favours, and acting like we should thank them. The people on Wall Street broke this country.”

She went on to eviscerate Mitt Romney’s statement that corporations were people: “No, Governor Romney, corporations are not people. People have hearts, they have kids, they get jobs, they get sick, they cry, they dance. They live, they love, and they die. And that matters because we don’t run this country for corporations, we run it for people.”

Now Warren will be strutting around Congress too. She may be given the one open Democratic seat on the Senate banking committee, though there will be many jostling for that spot. She returns just as Congress is beginning to revise the crucial Dodd-Frank Act, which overhauled the financial regulatory system after the 2008 financial crisis.

Journalists are already discussing her chances of a presidential bid. She is too far left to make this realistic but it reflects the fierce energy of her supporters and the adoration of the media who lap up her homespun, incisive commentary.

It will be fascinating to watch Warren try to model consensus while still channelling outrage; to avoid alienating Republicans while Obama tries to strike deals over the debt ceiling. She will need to rein in her obvious antagonism to business and “big guys” if she is to help broker bipartisan deals.

It’s refreshing to hear at least one strong voice who doesn’t play semantic games with what political satirist Stephen Colbert calls “truthiness”, though. Agree with her views or not, it would be a shame if Warren’s blazing, rare candour were entirely stifled.