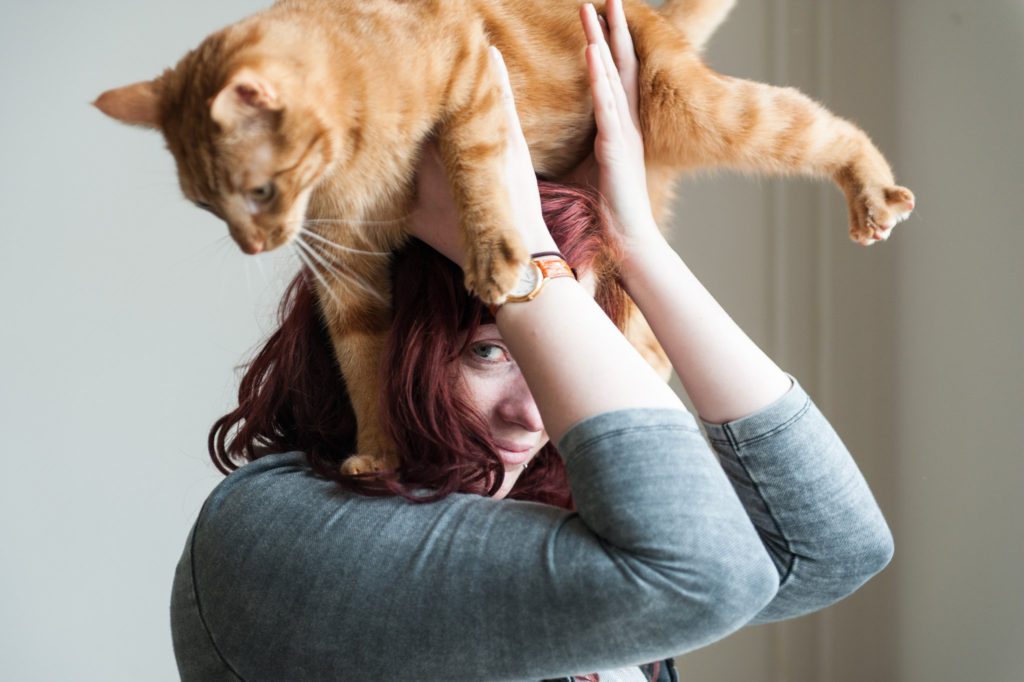 TAYLOR SWIFT, I salute you.

Not for your snappy songs and sartorial flair, although these are all fine things. I applaud you for the fact that you have almost single-handedly skewered the myth of the owner of the feline as a tragic, rejected “crazy cat lady.”

Ms. Swift regularly poses with, and posts about, her two Scottish fold cats — Meredith Grey and Olivia Benson — with unabashed pride. She posts their pictures on Instagram and has been featured in commercials where she is swarmed by fluffy cats, all the while still managing to somehow remain desirable.

“It is a daily struggle,” she tweeted, “to not buy more cats.”

The longstanding, irrational bias against cats stems from archaic views about women.

We seem unable to contemplate the thought of a woman enjoying the sweet company of a cat, without assuming it is a hallmark of a sad single existence. The words woman and cat don’t conjure up thoughts of a glamorous fast life, but pajamas, Chinese takeout, bowls of Ben & Jerry’s, couches and DVDs.

A man and his dog, on the other hand, are icons of independence, freedom and adventure. Granted, this is partly because dogs tend to be happier accompanying you to places outside your own house. But Ms. Swift takes Meredith out in Manhattan and the singer Kesha takes her cat on airplane flights. Must female cat owners constantly have their sanity questioned simply because they like to coexist with purring fur balls?

This is not a tired cat-versus-dog debate. Everyone loves dogs. Even if they do, say, eat the feces of other animals, howl at ambulances, delight in bottom-sniffing and even — like my old Labrador — eat jellyfish until their faces are numb. (Is there anything a Labrador won’t eat?)

It should be pointed out that many men also love cats. Ernest Hemingway was mad about polydactyl, or six-toed cats, and kittens played with Winston Churchill’s newspaper as he read, and sat alongside him during meals.

Ricky Gervais frequently tweets about his cat, Ollie; he even aspires to the cat-lady life, telling HBO: “My evening usually consists of sitting on the couch in my pajamas from 6 p.m. with the cat on my lap watching trash TV.”

Ricky, you may join the sisterhood.

Cat men and women, we have the numbers. There are now roughly 95.6 million cats in America, compared to 83.3 million dogs.

We also have science on our side. Studies have shown that cat owners are less likely than those who have never owned a cat to die of cardiovascular disease, and pet owners have a decreased risk of non-Hodgkin’s lymphoma.

Ms. Swift, who faces a constant barrage of questions about boyfriends and being single, mocked the cat lady stereotype to a reporter, joking that if she does not find a man by 30, she will naturally be scared, housebound and “surrounded by cats. So many cats, they’ve divided themselves up into armies and she wanders around lint-rolling the couch that no one’s going to sit on because she’s afraid to have people over…” Yeah, right.

This generation of young female celebrities is refusing to be portrayed as on a perpetual, sad manhunt. Asked at an event what she looked for in a man, Rihanna tartly and perfectly responded: “I’m not looking for a man. Let’s start there.” Katy Perry told Rolling Stone that she would happily have a child on her own: “I don’t need a dude.” Ms. Swift has become defined by her posse of female friends — as well as her feline companions.

Part of the appeal of cats is that they are independent and discerning. They have few needs. They come to you when they want; you can’t force them, or cajole them. They can be fiercely affectionate. They are gloriously indifferent. Cats don’t pretend to like you, and don’t care if you like them.