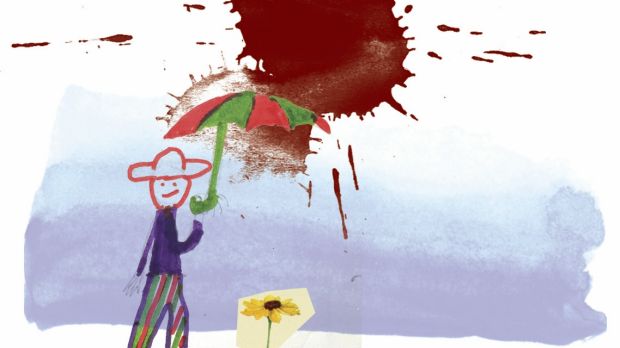 My kids spent the sober, rainy days that followed the horrific Paris attacks with their grandparents, playing Monopoly. So it was somewhat gingerly that I introduced the subject later, asking what they had heard, and knew. “Not much”, they responded, both walking into the kitchen and shrugging nonchalantly. A couple of minutes later my nine-year-old piped up: “Well I did read the newspaper and find out some stuff.”

“Like what?” With an alarming level of detail, she quickly outlined the number of people who had died and how, the carnage inside Bataclan concert hall, the reaction of the rock band on stage, and the bombs outside the stadium. She then asked if she could see footage of the shooting: I refused.

My six-year-old sat on the kitchen bench quietly blinking, before announcing that while he had not thought about it before, he was now “freaked out”. And so lies the dilemma of millions: how do we discuss terror with our children without puncturing their sense of wonder, without staining their childhoods with fear and anxiety, and yet also without pretending the world is not harsh sometimes, or telling them untruths? How do we talk honestly to one sibling without traumatising another?

This is something the French, with their noble tradition of treating children seriously, have done well over the past few days. In a country with a long history of respecting young minds – illustrated by the fact that they have long published magazines and newspapers just for children, the answer was obvious: talk to them.

In an interview with the New York Times, Francois Dufour, the editor in chief of Le Petit Quotidien, a Parisian newspaper for children, said his coverage had been driven by the questions of kids he met with: why do they attack us? Will it happen again? Why do they kill themselves? Why do they hate rock ‘n’ roll so much as to kill because of it?

These questions must be answered, Dufour says, because children “don’t live on Planet Mars”.

And so in a series of sophisticated, direct pieces, children were told that terrorists are fanatical, hateful outliers, that freedom makes them a target but is also their greatest defence, and that we must defy evil by continuing to live.

In one cartoon in Astrapi, a magazine for young people, a boy says: “Terrorism scares me”. A girl cuts in to say, “But freedom makes the terrorists even more fearful”. The Astrapi editors had decided to publish a special insert to address the questions of their own readers and parents: should we be scared? Why kill innocent people? What should we do?

The lead story, which was reported so that a seven-year-old could understand, began: “On Friday, Nov. 134, in the evening, men full of hate decided to kill innocent people.”

The newspaper Liberation also produced an edition particularly for children (and can we just pause to announce how excellent this idea is – I’d love The Sydney Morning Herald to consider this on occasion), with a map showing the area controlled by Islamic State – while stressing it is not a state. Liberation also outlined the different goals of IS: “Some of them are going after countries that are already occupied by other people and others want to force everyone to follow their religion or to have the same ideas as they have. These terrorists are called jihadists. What they’re doing has nothing to do with Islam.”

This crucial point was common to coverage aimed at children. Astrapi editors wrote: “These ultra-violent people have nothing to do with the majority of Muslims, who live peacefully. They’re attacking France because it is a free country, where everyone can express himself and live how he wishes.” The best thing to do, the magazine advised, was to “continue to live normally and to defend your ideas while you respect others.”

According to local writer and New York Times contributing editor Pamela Druckerman, most Parisians have followed the advice of Francoise Dolto, the French Dr Spock who has always told them to just be honest. Children, in other words, don’t need to be jollied, they need to be informed. (Liberation said plainly: “attacks are still very rare. But for now, we cannot say there won’t be more.”)

There can be no blanket approach to talking to children; some will panic, some will digest it slowly, some will fret. You will know your own kids best. What we can be sure of, from the clutch of psychologists who have spoken on this in the past few days, is that what is most important is to talk – or rather to listen, and let kids speak about their fears. And it is also to reassure, partly by pointing our how low the risk of them being harmed is. I’d also lean to limiting exposure to the footage if possible.

In a video that spread like mercury across the internet this week, a French man spoke to his toddler about what had happened. When the little boy rightly asked how flowers could protect them against “really, really mean” men with guns, his father asks him to look around at the piles of bouquets and flickering candles again; the boy’s face, as he slowly registered that a community can bind together defiantly to drive out fear, was a thing of beauty. What was an ostensibly naive nonsensical proposition suddenly made sense to him, and came to symbolise civility over barbarity.

Which, in this case, may be the greatest truth we can tell.