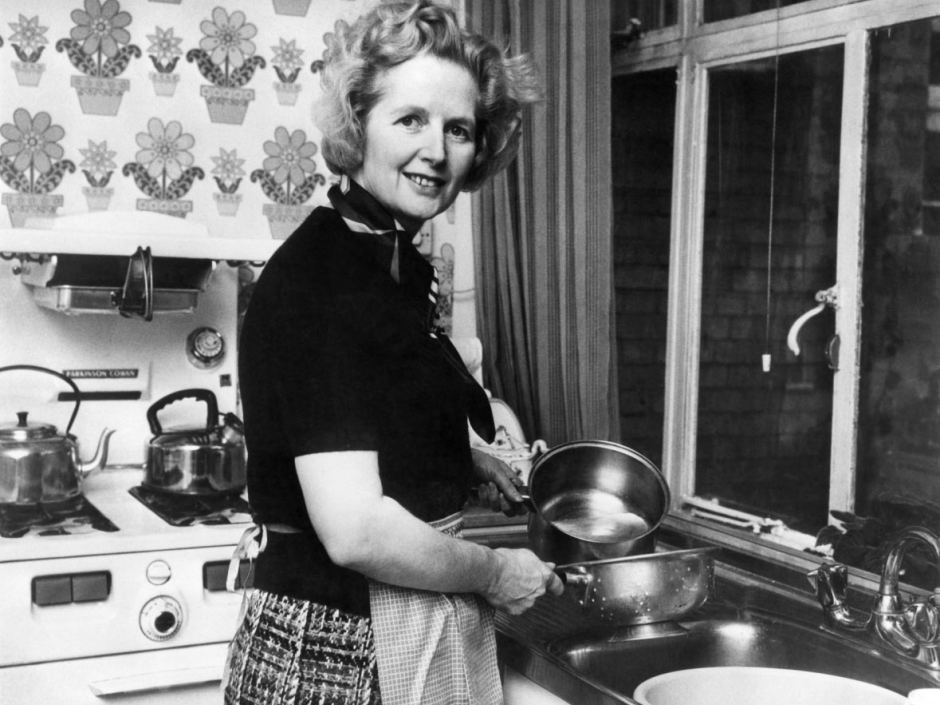 Margaret Thatcher was always viewed as a test case for what women could achieve, but she was no advocate for feminism.

In the 1970s, the species “female politician” was an unusual one, frequently dissected, commented on and pinned to newspapers like butterflies in glass boxes.

The species “female leader” was so rare it was surprising Margaret Thatcher was not captured and stuffed the moment she became leader of the Tories in 1975, two months into International Women’s Year.

When she decided to visit Australia the next year, journalists salivated. What would this curious woman be like? Would she, importantly, be pretty? A London correspondent for the Adelaide Advertiser wrote:

Mrs Thatcher made it plain she would prefer less publicity about her hair and more about the content and impact of her speeches. But her new hair-do is an enormous success, as Australians will soon see. Margaret Thatcher, who is 50, is slim, has a peaches and cream complexion that has been left unlined by the English climate, and Australians who don’t hate her politics are going to ‘Ooh and ‘Aah’ over her, without any doubt.

It was true. And the reaction to the woman who invoked a host of metallic clichés shows not just the idiotic sexism of the time, but how little we understood Margaret Thatcher. It also shows how the way she was described – and the way she described herself – did not pave the way for the success of all women, but the success of one, singular woman.

When the Tory Leader held her first press conference on Australian soil on September 13, 1976, she was described as “All peaches and cream and red, white and blue” and as an “encouraging schoolmarm”.

Predictably, the woman who would spawn a hugely influential conservative movement known by her last name was not asked about her rigid, uncompromising ideas, but her sex. Asked if her career would have been easier if she was a man, Thatcher said: “I don’t know, I’ve never tried it.” In response to questions about being an ‘Iron Lady, Icy Lady and Cold War Warrior’, Thatcher smiled and said: “If I am never called anything else I should be very pleased.”

She was, of course, and many of the terms are unprintable on a site like this. But one word she could not be called is feminist. She only elevated one female colleague in her cabinet, and she scorned women’s liberation: although she did vote to legalise early-term abortion.

She was widely loathed by many who fought for better lives for women and the poor – the Guardian wrote this week that her legacy was “public division, private selfishness and a cult of greed, which together shackle the human spirit”. Responding to Barack Obama’s suggestion that Thatcher had broken through the glass ceiling (unlike his rival, Hillary Clinton), comedian Russell Brand wrote: “Only in the sense that all the women beneath her were blinded by falling shards. She is an icon of individualism, not of feminism.”

But Thatcher was always viewed as a test case for what women could achieve.

In the early years of her leadership, she was eager to use her gender to spin an image of a domestic, suburban woman. In the lead-up to the Tory leadership challenge, she agreed to be photographed dusting, cooking, sweeping paths wearing a lacy cap, baking cakes, peeling potatoes, washing up and putting out empty milk bottles. In Australia, photos of the woman who led Britain for 11 years were titled “suburban housewife”. We were even reassured, alarmingly, that “she put all her academic brilliance into cooking”.

But our own Steel Sheila, as the Bulletin put it in 1981, could not be found. The Iron Lady label – or cliché – was thrown at women who made it to cabinet (Margaret Guilfoyle), made tough decisions (Virginia Chadwick) or just sometimes made it out the door (all other women MPs, from any party elected in the 1970s and 1980s.) The question for all newly elected women was inevitable: are you like Margaret Thatcher?

While Thatcher was at first viewed as a test case for what a woman could achieve, she soon came to represent everything most women were not. She got only four hours sleep a night. She had been in Parliament 20 years before leading the country and had two careers behind her – chemist and barrister. She had, efficiently, produced twins without pausing. It was frequently pointed out that her hair never moved. She was forced to respond to suggestions that she was not “too immaculate” to get any work done: “Look, look, there’s ink on my hands and my hair’s a terrible mess…”

Other women simply had to try harder. In the 1970s, many commentators blamed male-run Parliaments on women, accusing them of not voting for female MPs and for not working enough to get elected. Ladies, declared the Sydney Morning Herald, were not interested in politics because of “a woman’s temperamental dislike for public wrangling”. Thatcher herself said in 1974 that “the shortage of women politicians in Australia, the US and Britain is the fault of the women themselves”.

The real story behind Thatcher’s trip in 1976 was barely reported. She found Australians naïve and unused to her “unapologetic conservatism”, and she strongly disapproved of our culture of unionism and protectionist economics.

Journalists missed this because they were fawning over her porcelain skin and slender legs. They wrote that she was charmed by the rugged “outback” miners she met in Broken Hill, where “there was a companionship among underground workers unequalled in almost any sphere”. But Thatcher wrote in her memoirs that she was horrified by the “blatant infraction of liberty” of compulsory unionism.

She returned to Britain and spent a decade winning elections smashing unions, dumping aprons for tanks. She was an icon of certainty, individualism, stamina, success, division, dissent, conviction and power.

The fact that she was female was both inescapable and irrelevant. When she became PM in 1979, the Sun wrote: “She knew, and we knew, and the whole world knew, that the Housewife had become a superstar.” In Thatcher’s world of exceptionalism, there would only be one star.

Julia Baird is an author, broadcaster and journalist, currently hosting The Drum on ABC 24. You can follow her on Twitter @bairdjulia.