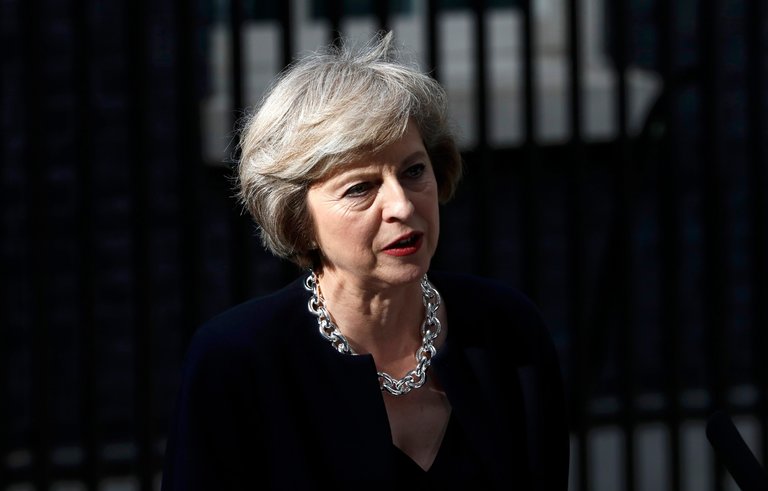 IT’S about time Britain was led by a “bloody difficult woman,” as the new leader of the Conservative Party and prime minister, Theresa May, was described by a Tory grandee.

The term “boys’ club” seems to have been coined for the men who led Britain so clumsily to Brexit, without predicting the result, thinking through the consequences or mapping out a plan. Their résumés are studded with all the hallmarks of privilege: Eton College, Oxford University and the Bullingdon Club, the secretive student dining society, notorious for its right-wing politics and legendary debauches. The former prime minister David Cameron, the former mayor of London Boris Johnson and the former chancellor of the Exchequer George Osborne were all members.

One Old Etonian told a tabloid newspaper that on the occasions women were admitted to club events — only for drinks, not formal dinners — they were treated “like fillies.” And not prized as thoroughbreds, he said: “We would make them get down on all fours like a horse, whinny, and bring out hunting horns and whips.”

But if anyone is getting whipped now, it’s the Bullingdon boys. Their political gambles and jousting have led to the Brexit vote, financial turmoil, economic uncertainty, a divided country and the prospect of a long, arduous withdrawal from Europe.

And now women are coming in, not to crawl or neigh, but to sort out the chaos. As Britain’s business minister, Anna Soubry, told the BBC, “We’ve had enough of these boys messing about.”

Ms. May won the leadership after her chief rival, the energy minister, Andrea Leadsom, dropped out of the race. The new prime minister, the first woman to hold the office since Margaret Thatcher’s resignation in 1990, will negotiate constitutional arrangements after Brexit with Scotland’s and Northern Ireland’s first female ministers, Nicola Sturgeon and Arlene Foster, respectively.

A Conservative member of the House of Lords, Anne Jenkin, said it was a relief that two women had vied for the leadership: “I think there is a feeling of, ‘Yes, Nanny, please come and tell us what to do.’ ” She welcomed the prospect of leadership with “a bit less testosterone in their approach.”

Hmm. Less testosterone may be factually true, but the reversion to such obvious stereotypes is frustrating. While Ms. May, a vicar’s daughter, has positioned herself smartly on the side of “Conservatism with a conscience,” promising to look after “those left behind,” she has also quickly attracted the Thatcherite label of Iron Lady, one who defends her positions “tigerishly.” As though it was still surprising in 2016 that a woman might be resolute and clever.

Stereotypes even decided, in some sense, the leadership contest itself, after Ms. Leadsom gave an interview to The Times of London in which she suggested that she would make a better leader because “being a mum means you have a very real stake in the future of our country.” (Ms. May had earlier given an interview in which she said that having kids “just didn’t happen” for her.)

There followed the sound of millions of women smacking their palms against their foreheads. Ms. Leadsom apologized, but the outcry was immediate. Within moments, the hashtag #AsAMother sprang up, along with a torrent of sarcastic tweets, along the lines of: “I can make my child behave himself without shouting at him. Can I be prime minister?”

To be sure, we need for it to be easier for women to have children and work as parliamentarians. Women who make it to the upper echelons of power often have few or no children. In 2012, a study of British members of Parliament found that more women than men were childless (45 percent to 28 percent); when women did have children, they had fewer than the men (1.2 compared with 1.9); and that an eldest child was, on average, four years older at the time one of her parents became a parliamentarian if it was her mother as opposed to her father.

Given that many women struggle to balance the weight of domestic responsibilities with their career or public role, isn’t it a bit much to be asked to do the housework in politics, too? Must we really shift only from crawling on the floor to mopping it?

When Johanna Sigurdardottir, who was Iceland’s first woman prime minister, wrote about the Brexit result, she quoted a poem by Ingibjorg Haraldsdottir, which observes that when the wheeling and dealing is done:

Fabulous. A millennium of fighting for the right to exercise power in the same realms as men, and when we do, we are asked to clean up their garbage.

The fact that a cluster of men lead the world merits no comment. But if women start to slowly enter the ranks — Theresa May, Angela Merkel in Germany, possibly Hillary Clinton in the United States — it’s treated not as the normal course of democratic politics, but as some kind of gynocratic coup d’état: a new “femokratie,” as the German newspaper Die Welt put it, the “Dawn of a female world order,” suggested Britain’s Daily Express, or as The Telegraph warned, “The women are coming.” Well, batten down the hatches. Less hysterical, The Mirror declared: “Who run the world? Girls!” Golly.

To see the entry of women into global leadership positions as an invasion by a monstrous regiment of Iron Ladies, nannies and mop-wielding matrons suggests that our notions of mature women in power urgently need updating. Nevertheless, we’re all hoping the windows to the boys’ club will be opened soon. Cigars stink.