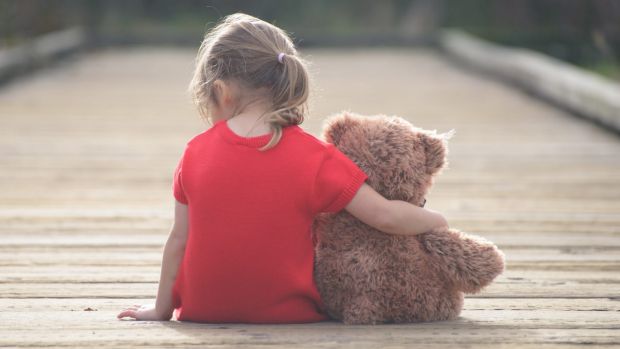 Why did he need to tell her this? Little girls don't understand heartbreak.

Sometimes we say the daftest things to little girls.

It’s not, I have discovered as a parent, that it is the way we condescend to them, but very often the way we praise them. They’re so cute and little it’s hard not to exclaim over pretty upturned porcelain faces, dear little outfits or unfettered sass, even though our sons are rarely marked by the same measures.

Yet every now and then, the most well meaning comment can make me worry. The other day, for example, I was walking along the beach with my little girl when an elderly man stopped and stared at her: “You’re going to break a lot of hearts when you grow up.”

On seeing the look of incomprehension on her nine-year-old face, something about this remark from a stranger jarred. Why did he need to tell her this? Little girls don’t understand heartbreak: they have never loved, never lost, never cried with longing, never ached with desire. Little girls comb their hair carefully in front of mirrors, arrange their dolls under eiderdown blankets, vow eternal friendship, topple off surfboards, believe impossible things before breakfast and curl up to sleep with stuffed toys.

And yet already I could hear what she was being told: you will be desired. Because of this, you will reject and hurt men. And you will be called a name for that. This will occur even if you might be leaving, or avoiding, relationships you might find stifling, oppressive, wrong, imbalanced or exhausting. No, she was being told that with beauty comes guilt. With being female comes the responsibility of the longings of men: if they want you, and you don’t want them, you are not cautious and discerning but an ice queen, a heartbreaker, a bitch.

You may suggest I am overthinking this.

But any woman who has walked down the street and been abused because she ignored a catcall knows exactly what I am talking about.

The most highly ranked definition for heartbreaker on Urban Dictionary is: “One who screws you over, is mean to you, and gave you hope but ripped it away either quickly or slowly over a long period of heartbreaking time.”

What can the term even mean to a kid? One confused girl took to Yahoo.com to ask for an explanation: “Someone said I’m going to grow up to be a heartbreaker. Does that signify to be a good or bad thing?” Answers varied: “A heartbreaker is someone who is very attractive but isn’t very responsible in emotional relationships.” Others assured her it meant she was adorable. But one bloke chimed in: “bad. heartbreakers are usually bitches that deserve to get rock bottom into a peoples elbow from the rock.”

Grammatical issues aside, his point is clear: a woman who rejects a man is a bitch. (One commenter, “Melinda” was slightly passive aggressive with her response: “Bad thing, it means that your gonna [sic] break a lot of people’s hearts and feeling 😀 good luck!”)

This theme is echoed in abundant rap songs where women are hated for leaving. Like these lyrics from rapper Z-Ro: “I love you so much I hate you/Because you left when I needed you the most/So now a bitch is how I rate you.” Mmmm.

Eminem sang the same thing to former wife Kim when she left him: “I HATE YOU! I HATE YOU! I SWEAR TO GOD, I HATE YOU OH, MY GOD, I LOVE YOU! How the f— could you do this to me? F— you, you hoe, I don’t want you back.”

Another woman catalogued her experience with breaking hearts, anonymously: “You will feel like shit. You will feel responsible, completely, even if there were perfectly good reasons for you to leave. You will feel like a combination of Miranda Priestly, Regina George and that bitchy girl from seventh grade. You will feel like possibly the worst person to walk this earth. You will refuse to meet anyone new, because god forbid you do the same thing to them. You will sit at home and shove Cheeto Puffs in your mouth because at least then the only one you’re harming is the circumference of your thighs.”

Not the kind of self-esteem you’d wish for a child.

It’s true that little boys get called heartbreakers too, sometimes. It’s not like heartbreak is gender-specific, as the large crowd of those of us who have experienced it can attest. And yet for men, it is most commonly a flattering term meaning a man who conquers. Look up synonyms for heartbreaker: Casanova, ladies man, lady-killer, lothario, playboy, rake, Romeo, roué, skirt chaser, smooth operator. The female terms are sidelined under the word flirt: coquette, siren, vamp, vixen and tease.

We may applaud young women for prettiness, but we also shame them for the power of it.

I know this random man only meant to compliment my daughter. He wasn’t calling her a hoe or telling her to go home and stuff her face with chips. But I instantly, instinctively wanted to protect her from this idea: that you will be watched as you bloom and you will hurt people.

So what would I tell my girl? To allow herself to fall but to safeguard her heart. To always go where she feels safe. And to never allow anyone to exchange hate for love, resentment for desire or self-loathing for self-determination. But she’ll probably break a lot of rules when she grows up.