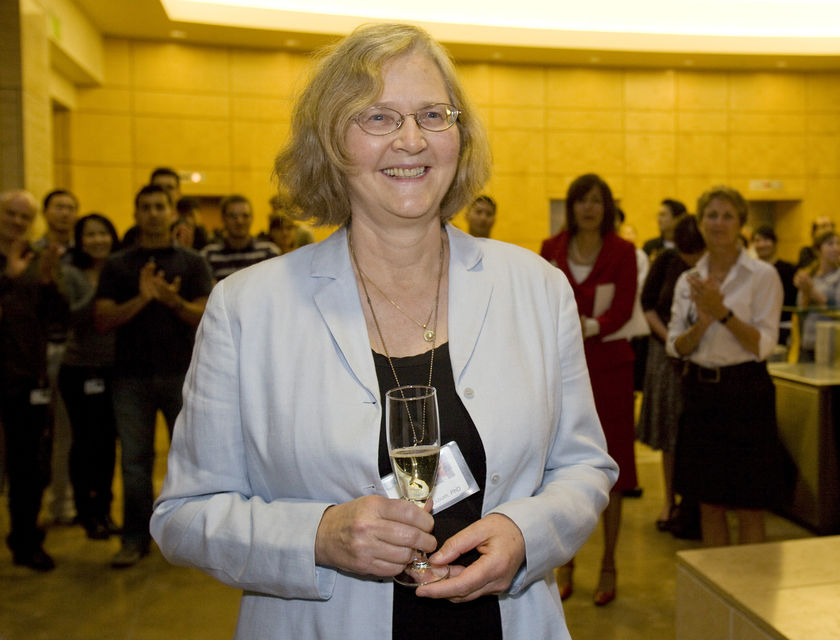 The locals call it Penguin Mountain. Each year, on December 10, on the anniversary of Alfred Nobel’s death, residents of Stockholm witness the awarding of the world’s most prestigious prizes in physics, chemistry, physiology, medicine, literature and economics to rows of men in tuxedos. Rows of grave looking, exceptionally clever men in penguin suits. It’s a sobering, thrilling spectacle.

A growing number of Europeans are becoming disturbed at the visible lack of recognition of women’s intellectual achievements. On Monday, a group of influential professors, politicians, journalists, editors and authors wrote a public letter to Dagens Nyheter, one of Sweden’s two national newspapers, pointing out that, while the nomination and selection process of Nobel prizes is long and arduous, it is skewed: “the heavily male-dominated committees meet behind closed doors and the result is usually that men choose men”.

Penguin Mountain, then, is a show of ”men who praise other gentlemen”. What message does that send to the younger generation?

Given that only one Australian woman has won the Nobel prize – while a dozen men have – this is something Australians should take a keen and urgent interest in. In 2009, Professor Elizabeth Blackburn won the physiology or medicine prize – with two American colleagues – for her work in chemistry and genetics, and discoveries about the way cells age and die.

Nobel prizes do not just comprise a gold medal, a million dollars and a diploma, but also attract substantial further research money. Winning one is not just a question of academic excellence, the Swedish intellectuals argue, but primarily about connections, “contacts and the right gender”.

The bias is not just limited to sciences. The Swedish Academy, which chooses the laureate for literature, is composed of 13 men and five women.

The only group in which women are the majority – three of five – is the committee for the peace prize. Perhaps it is no coincidence that the only female winners in 2011 were the wonderful trio who shared the peace prize – Ellen Johnson Sirleaf, Leymah Gbowee and Tawakkol Karman ”for their non-violent struggle for the safety of women and for women’s rights to full participation in peace-building work”.

This year, controversially, the EU was given this prize, and it was also awarded, oddly, to Barack Obama in 2009.
So what can be done? The suggestions from the Swedish group are good, and provocative: first, the establishment of a “Nobel name bank” which keeps the names of women who are as qualified and distinguished as their male colleagues to be considered Nobel laureates.

Second, nominators from relevant institutions should be asked in their letters of invitation to provide as many female names as male; this could be implemented immediately.

Australia should take notice. Sex Discrimination Commissioner Elizabeth Broderick told me we should consider “carrying out a systematic review to identify why there have been so few female candidates”. Isn’t this something we should publicly debate? How many people even know the name Elizabeth Blackburn?

There are obviously broader cultural problems, given that there are far fewer women at the top echelons of many traditional disciplines.

As Broderick points out: “It’s often more difficult to identify women’s contribution, not because it’s less valuable but because when you look in all the usual places women are vastly under-represented”.

Surely Blackburn’s insights should be heeded. She told journalists in 2009 while women in sciences now had better opportunities in PhD or post-doctoral years, numbers later slumped. She suggested subsidising childcare and part-time career options for years when women have intense family demands, “so women did not have to feel the choice is between having a career in science or a family”.

This is not surprising, but it is arresting. Australia’s greatest living woman scientist, winner of the Nobel prize, believes women of her ilk could rethink theorems, challenge flawed, long-held views, change the way we think or breathe, age or dream; if only, perhaps, we asked why they so often disappeared from the lab in the years after giving birth. Shamefully, we too often ignore those who remain.