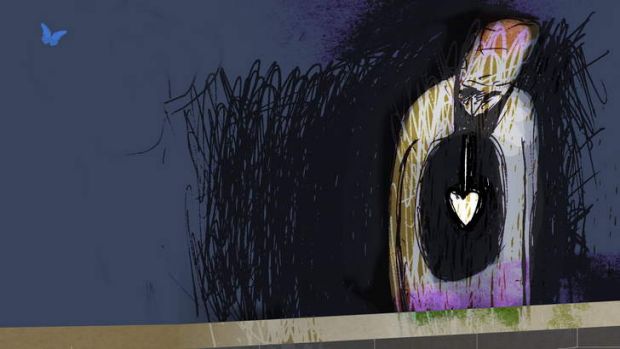 The decade of the 1960s is usually viewed with a sepia-tinged, nostalgic lens. Think of 1963; people bobbing to the Beatles’ I Want to Hold Your Hand and Elvis Presley’s Return to Sender, and singing Little Peggy March’s slightly disturbing pre-feminist anthem, I Will Follow Him.

They were days of order, royalty, box-shaped hats and sporting glory: Bob Menzies had been PM for 14 years, Queen Elizabeth stepped daintily onto our shores sporting white gloves to mark Canberra’s 50th anniversary, we claimed the Ashes and Margaret Court smashed records at Wimbledon.

And this is an important, little-discussed fact: suicide rates have been dropping in this country ever since. The numbers declined before peaking again in 1997 (14.6 per 100,000) – then continuing to fall. The rate is now 10 per 100,000. In the US the number of people taking their lives has increased every year since 1999; a Newsweek cover story called it an epidemic. A study from West Virginia University found suicide had become the leading cause of ”injury death” in the US.

”In a time defined by ever more social progress and astounding innovation,” wrote reporter Tony Dokoupil, ”we have never been more burdened by sadness or more consumed by self-harm.”

It’s not just America; across the developed world, Dokoupil wrote, the leading cause of death for 15- to 49-year-olds was suicide – more than cancer, and more than heart disease: ”Around the world, in 2010, self-harm took more lives than war, murder and natural disasters combined, stealing more than 36 million years of healthy life across all ages.”

These are frightening statistics. And Australia is hardly immune.

In a week, 33 men and 11 women will kill themselves in Australia. We will not hear their names, the wails of their families, the guilt and sadness of those who would have stopped them if they could. Most will fall silently and not be endlessly dissected like the high-profile and prominent, the publicly adored.

Those at greatest risk are the young and the old, those in rural areas, those who have attempted it before, who have mental illnesses, drug or alcohol problems – or are male. In 2011, three-quarters of deaths from suicide were men. Young Aboriginal Torres Strait Islander men are 4.4 times more likely to suicide than other men of their age. Young Aboriginal women are 5.9 times more likely to self-harm than non-indigenous peers.

So is it possible to say why suicide rates have been falling for decades?

Some suicides are never reported, many are hidden, and coronial reports can stay open for years. But if we are going to talk about the ongoing plague of suicide, we need to discuss what the research tells us actually works.

This is what we know:

The economy. High unemployment is a big risk factor, especially for young men. The suicide rate rocketed during the Great Depression and increased in the three months before, and six months after the 1987 market crash, by about 15 per cent. Other research, cited by Newsweek, from Krysia Mossakowski, a sociologist at the University of Hawaii, found stretches of unemployment could permanently damage mental health: those who did not have jobs for long periods when young were more likely to be alcoholics, and depressed, when older.

Wealth and status. People with secure, high-paying jobs are less likely to self-harm. A study by Mary Daly, a researcher with the Federal Reserve Bank in San Francisco, found people who earned 10 per cent less than their neighbour were 4.5 per cent more likely to take their own lives. Which is sobering.

Availability of guns. In the US, half of all suicides involve guns. In 2010, the majority of gun deaths were people killing themselves, according to Pew Research. Federal Labor MP Andrew Leigh, when a professor of economics at ANU, conducted a study that found firearm homicide and suicide rates halved in Australia after the 1996 buyback of guns following the Port Arthur Massacre.

Media reports. An Australian Institute of Criminology report found: ”The average daily rate of suicide in Australia increases significantly after the publication of suicide stories in the media.” This is the contagion effect, which places the onus on journalists not to glamourise self-harm, or publicise details of the mechanics or specifics of suicide for fear of copycat effects. In an era of a flattened, web-driven journalism, this is, unfortunately, unlikely to continue to be broadly honoured. We need to be careful. But it does not mean we should not discuss or peel back the stigma of suicide.

A social safety net. The criminology institute concluded we have fared better than some European countries and Japan when it comes to self-harm, ”largely due to the provision of a comprehensive social welfare system which has countered the vulnerability of high-risk groups to suicide”.

Researchers have not been able to establish if use of antidepressants will curb self-harm; it is now recommended that psychosocial interventions be used as well.

It has been difficult to document the direct impact of national suicide prevention, mental health plans or substance abuse policies.

But Kate Carnell, chief executive of Beyond Blue, thinks they are crucial. She attributes the decline in suicides in Australia to public dialogue around depression, mental health and suicide prevention that has reduced stigma and prompted more people to seek help. This has included more primary healthcare usage, more talking therapy, early intervention programs, and greater research.

Suicide is not glamorous; it is ugly and painful and final and sad. If we are serious about tackling it, we don’t need plaques, we need jobs, equality of opportunity, careful reporting and continual, thoughtful care for the most vulnerable and ignored in our society.