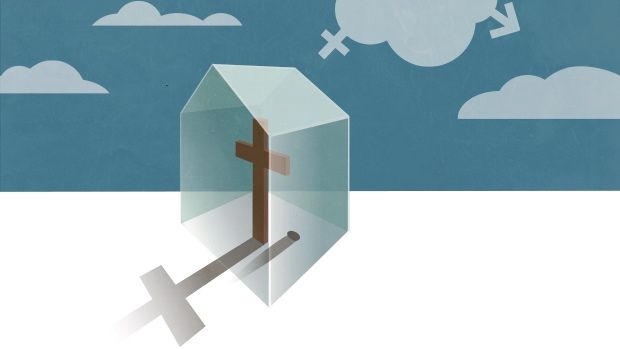 If we don’t applaud decency when it occurs, how the dickens can we expect to see more of it? When Cate McGregor told the Canberra Press Club this week that Tony Abbott should have been lauded, not mocked for his support for her gender transition, howls of derision predictably ensued.

Critics rightly pointed out that he does not support same sex marriage, and that his Catholic religion sees homosexuality as sin and sex change as disorder.

But does that not then make what he did particularly significant?

McGregor, thought to be the highest-ranking transgender military officer in the world, said: “A conservative Catholic publicly embraced a transwoman and got sneered at in return. I find the reluctance of some in the human rights and gender lobbies to acknowledge exactly what Tony Abbott did quite puzzling.” She was right. The fact that the most powerful man in the country publicly supported the most prominent transwoman should not be belittled. To McGregor, this support was crucial at a vulnerable time; the friendship strengthened , and the PM went on to introduce an Australian Story show about her life.

Abbott has become such a hated figure that it seems to be near impossible to point to an act of respect and civility without being called a blind, partisan fool. And while this is nowhere near as savage as the bile Julia Gillard experienced,  it’s a poor indictment on us when a public figure does the right thing and haters just hate more. One reason there was not more applause was that Mr Abbott  appeared to be acting as a friend to a woman he admires, more than a leader convinced of the need to support an entire community of poorly understood people.

On Australian Story  Abbott said he and McGregor had been friends “through all the ups and downs” for 30 year. He honoured her as “an author, an army officer and my guru in all things cricket”. He concluded: “I know you will see the friend I know – a person of strength, intellect, capacity and truly remarkable courage.”

In her speech, McGregor said the Prime Minister is a loyal friend and likened him to a firefighter rushing to a burning building when a friend is inside. But if he wants to do more to help all transgender people, he must make it clear he is not just saving one friend while others burn. And it would also be helpful if he could publicly recognise that lesbian, gay, bisexual and transsexual and intersex people are still shamefully discriminated against, particularly in the areas of health, anti-discrimination, social welfare, employment and aged care.

As Human Rights Commissioner Tim Wilson argued in a speech in Perth this week: “LGBTI Australians still don’t enjoy formal equality before the law and fair and equal treatment by government. Lesbian, gay and bisexual people are restricted from marrying their partners. Intersex Australians face forced gender assignment and sterilisation at birth. But the lingering and most extensive discrimination is faced by transgender Australians.”

Mr Abbott’s public stand was ignored, McGregor said, while praise was poured on Obama for just mentioning transgender for the first time in a State of the Union speech. Although it should therefore be noted that when Obama spoke, he addressed the entire community, saying: “As Americans, we respect human dignity, which is … why we defend free speech, and advocate for political prisoners, and condemn the persecution of women, or religious minorities, or people who are lesbian, gay, bisexual or transgender. We do these things not only because they’re right, but because they make us safer.”

Leaving alone certain caveats to the fulfillment of that particular ideal, the difference to Abbott’s remarks was stark. This week, Obama went further when he called for an end to conversion therapies which aim to “fix” young gay, lesbian and transgender people.

Until three years ago, Cate McGregor was a Catholic too: she still prays twice a day. And she says most of the foul trolling she has received has come from conservative Catholics. This hurts, she told me, “because there is still a part of me that believes”.

McGregor’s story  is an important one: one of “excruciating pain” and a bid to be her true self, told with grace. When she spoke this week in Canberra her vulnerability was stark. She laughed off her tears, saying the hormones were clearly working, but she was also talking about what it meant, after years of depression, alcohol abuse and suicidal thoughts, only to be confounded by extraordinary acceptance when her story became public.

When McGregor told  Abbott her story  he called her within an hour, and told her faith was about love, and living life to the fullest. He did not run a focus group, or call Cory Bernardi or Kevin Andrews, she said, he just did it.

“No response surprised me more than that of Tony Abbott.” .

Cate McGregor’s articulate telling of her story is a gift for those who struggle to understand what it means to be transgender. Tony Abbott’s support for her should serve as a flag for those who wish the church to do more than preach of love