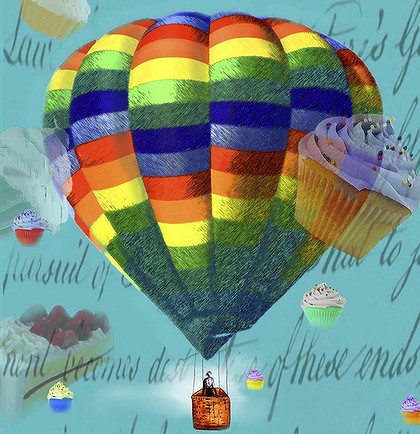 In a faster, louder world, where the extrovert seems to hold sway, the quiet and solitary introvert is finding a voice.

In a little primary school in Sydney’s south in the late 1940s a school teacher stood at the front of a second grade class, waiting for her students to stop talking. They fell silent and stared at her, wondering why she was holding up a thin piece of navy fabric. “Does this belt belong to anyone?” she said, scanning upturned faces. “It seems it might go with a coat?”

In the middle row, a sweet little girl with thick black hair was blushing and fixing her gaze on the ground. Just the day before, that belt was looped around her new, shiny, wonderful raincoat. She wanted it desperately, but was too shy to put up her hand. The belt was thrown out.

That little girl was my mother, and this story has been retold with affection for decades in my family, usually to explain my mother’s behaviour: she prefers intimate conversations to large parties or, heaven forbid, “working a room”. She does not care for status, wealth or fame. She is sensitive, quiet and perceptive – and listens more than she talks. She would, quite often, rather stay in than go out. She has so much empathy that she has cried seeing strangers marry – on TV.

But, in truth, these characteristics have nothing to do with shyness. My mother is simply an introvert, in a family of extroverts. We all see her as the wisest and strongest of us all, but we puzzle over her need for quiet. When I told her, as we were strolling to the ferry recently, that I had ordered a book on the forgotten importance of introverts, she stopped and looked at me intently. “I think that is really, really interesting. We’re always made to feel inferior, and it’s wrong.”

And here lies the significance, and appeal of what is being called the “Rise of the Introvert”in the Western world, in a movement that has been likened to the second wave of feminism, and aims to smash stereotypes about introverts, who, despite comprising somewhere between a third and a half of the population, are constantly made to feel lacking, deficient and substandard because they would usually prefer to read a book than dance on tables.

Introverts are drained by social interaction while extroverts are uplifted by it. Introverts need solitude; extroverts are bored by it. Carl Jung, who defined these terms in 1921, said introverts showed the value of “the interior life which is so painfully wanting in our civilisation”. They were drawn to the inner world of ideas, the extrovert to the outer, to people and activities. However, Jung acknowledged that the introvert’s “reserve and apparently groundless embarrassment naturally arouse all the current prejudices against this type”.

It is now these prejudices that are under assault. A series of forceful articles and books have challenged the misunderstanding of introverts as unfortunate people who need to be coaxed “out of their shells” like mute tortoises. The introverts who have written them have urged us to understand that introverts are creative, calm, grounded – and crucial to any culture that values depth, thought and calm leadership. How is it, they ask, we have come to see extroverts as representing the ideal?

The quiet but successful rise of the introverts reached the mainstream this year with the publication of a book called Quiet – The Power of Introverts in a World that Can’t Stop Talking, which instantly leapt onto The New York Times bestseller list. Importantly, its author, Susan Cain, a former Wall Street lawyer, has given the introvert movement a charismatic, articulate face after a decade of debate.

In 2002, in The Introvert Advantage: How to Thrive in an Extrovert World, Marti Olsen Laney argued introverts should recognise their strengths, such as thoughtfulness and concentration, and learn how to fake extroversion when necessary.

Then, in 2003 The Atlantic published a powerful piece called “Caring for your introvert”. In it, the writer Jonathan Rauch outed himself as an introvert – a member of one of the ”most misunderstood and aggrieved groups in America, possibly the world” – and asked we understand his kind are not anti-social grouches, who need a drink, Prozac or a cattle prod to get them out of their rooms. They are merely craving solitude, which is what sustains them. While we see extroverts as happy, big-hearted and warm, he pointed out, introverts get cast as “guarded”, “loner”, “reserved”, and “private”.

Rauch wrote, almost wistfully, of an uprising of quiet people, or at least a drowning of some of the voices of the loud. ”We can only dream that someday,” he wrote, “when our condition is more widely understood, when perhaps an Introverts’ Rights movement has blossomed and borne fruit, it will not be impolite to say, ‘I’m an introvert … Now please shush’.”

Rauch’s article, written nine years ago, has received more traffic than any other ever posted on The Atlantic website. The internet is where the rise of the introverts began, and was fermented: some call it the “intronet” because introverts have flocked to it, and use it to speak and argue with extroverts they would usually just endure. Introverts are comfortable speaking in infinite spaces they can enter and exit at will – from their bedrooms.

Now, Cain has skimmed the cream of this crusade and written a book heralded by the British author Jon Ronson as “The Feminine Mystique for anxious nerds”. Introversion has become, Cain says, a second-hand personality trait, “somewhere between a disappointment and a pathology”.

“Introverts living under the Extrovert Ideal are like women in a man’s world,” she writes, ”discounted because of a trait that goes to the core of who they are. Extroversion is an enormously appealing personality style, but we’ve turned it into an oppressive standard to which most of us feel we must conform.”

So much so anti-anxiety medication has been marketed since the 1960s to those who “don’t fit in” or don’t speak up enough. Fear of public speaking has been diagnosed as a sickness.

Cain’s arguments are persuasive. Why, she asks, do we assume that those who talk most often and most vigorously, have better ideas than those who stay quiet? Why do we think leaders need to be jolly, dominant and charismatic when there is no evidence to suggest that these attributes matter?

(Bradley Agle, a management professor at Brigham Young University, studied chief executives of 128 big companies and found those thought of as charismatic by top executives had bigger salaries but not better corporate performance.)

Why do we think it is better to be an extrovert when the introverts are the most creative? Why make excuses for children who hide behind our legs, force students to work in teams and tear down cubicle walls in offices? Why, in short, so much noise?

Noise, Cain argues, can be the enemy of creativity, while solitude is a catalyst for it. Without introverts, she says, we would not have the theory of gravity, the theory of relativity, Chopin’s nocturnes, Peter Pan, Orwell’s Animal Farm, Charlie Brown, The Cat in the Hat, Google, Harry Potter.

Cain is most convincing when she talks about how we have shifted from what the historian Warren Susman calls a culture of character to a culture of personality, where we stopped concentrating on improving our minds and our moral fibre, to trying to be loud, looked at and admired for sheer noise-making and space-occupation. Crudely put, we now like big personalities, not big brains; showmen not shy men.
Cain falls short, though, when she tars extroverts with the same, broad brush. Extroverts, she says, are more likely to be killed in car accidents, hospitalised as result of injury, cheat and remarry. She also blames them for the collapse of Enron, as well as the disastrous subprime risk-taking on Wall Street that led to a global recession. I know extroverts were involved, and incautious, but it was certainly a lot more complicated than that.

Also, while Cain is right to argue that extroverts such as Bill Clinton are politically dominant, as we too often conflate exuberance with talent, there are many influential introverts: Barack Obama and Mitt Romney are both introverts – while the defeated Newt Gingrich and Rick Santorum are extroverts. The former prime ministers John Howard and Kevin Rudd both display strong introvert tendencies.

In truth, most of us rest somewhere in the long middle stretch of the introversion-extroversion spectrum. We might be – at least I think I might be – something called an ambivert, or an introvert-extrovert, or just unsure. People who like to strap on dancing shoes for days or years at a stretch, and then happily hibernate to write, or think, or be with children before emerging again. People who stride the globe, then retreat to the cave. This cycle can happen in a single day.

Still, the gist of this movement rings true: we do not recognise quietness as strength, or allow introverts to be introverts. We apologise for shy children, assume teamwork – or brainstorming – is a good thing for all concerned, and grimace through the noise and interruption of open plan offices. (Some of the most gratifying of the research Cain dug up found open plan offices diminish productivity, create stress and make people sick and anxious.)

Part of the reason this movement is growing is that introverts are not the only ones who are uncomfortable with the relentless, staccato dictates of a technological culture; many people, subdued or loud, yearn for a slowness of life. Across large swathes of commentary, books and articles can be seen an obvious yen for quiet, peace and stillness in a world where pockets of silence are shrinking every year.

This is why the introvert movement is important. Not just for how we understand our children – especially those like my mother who usually knew the right answer but never raised her hand in class – co-workers or bosses, but how we need to respect our own impulses for stillness.

We need to recognise solitude is not a retreat from the world, but an ascent to a place of calm, where poems and cakes can be concocted, thoughts planted or polished and daydreams made tangible. We need to honour and celebrate contemplation without attaching dismissive words such as “your navel” to it. Because this is where, for millions of us, creativity blooms.

The world of the introvert is very appealing, not just to introverts who crave space, but to the rest of us as well, who understand intuitively that if we, too, were to pause more, clamber into solitude, do work we love, and somehow pin silence to our roofs, then we might be capable of things we have not yet dreamed of.