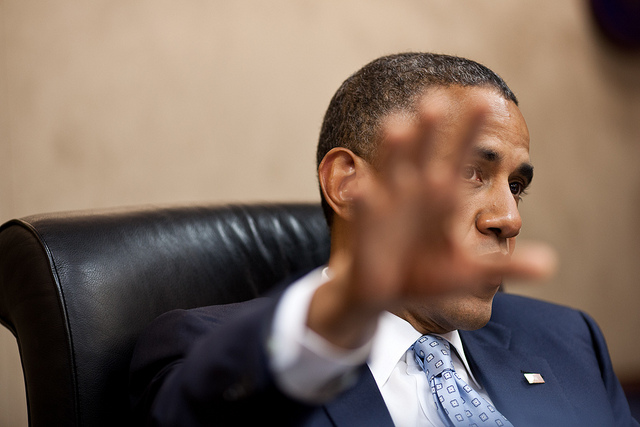 One of the great myths of modern politics is the idea that all you need to do to become a good – or even great – speaker is force yourself to stand in front of crowds until you lose your nerves and can talk without interruption.

It’s a low bar. Oratory is art, not accident, and it must be practised, encouraged, invested in, and applauded for it to flourish. It’s hard and involves serious effort.
Take Demosthenes, one of the greatest orators of ancient Greece. He had a speech impediment as a child, struggled with shortness of breath, and precision eluded him. Plutarch wrote that when Demosthenes first gave a speech, his odd delivery was “cumbered with long sentences and tortured with formal arguments to a most harsh and disagreeable excess”.

But Demosthenes swore he would fulfil his dream of becoming a man who could inspire with words. He went to extreme lengths, speaking through a mouth full of pebbles, locking himself in an underground cave for two to three months at a stretch to practise, shaving off half his head hair so he would not venture out again before he had finished. He stood on the beach in the middle of wild storms trying to speak so forcefully he could be heard above the wind, recited verses while running and pored over old speeches of great orators for months.

It worked. Demosthenes became known as a “blazing thunderbolt”.

Political speech-making in Australia today is almost completely lacking in thunderbolts. Political oratory is a lost art, and we are all poorer for it.

Because of this, it’s hard to imagine how we will make it through six months of election campaigning. Spinning, fabricating, fudging and a repeating cycle of slogans and cliches: faceless men, refusing to rule things in or out, at the end of the day, no magic bullets, working families, modern families … yawning families.

We are all craving inspiration, and leadership, but are deeply bored.

There are at least three things we need to do to fix this:
Our schools and universities need to encourage a deeper study of oratory, as well as more speech-giving at all levels by all types. Self -confident students who happily debate and volunteer for public speaking contests should be supported, but we also need to hear more from the thoughtful introverts who are often excellent thinkers yet hate talking in front of crowds. Practice matters.

Second, political parties do not properly train their candidates, members, or even ministers to speak in a meaningful, persuasive, uplifting way. There might be the odd media-coaching course and some public speaking tips, but the end result shows the lack of priority it truly is: politicians reading from notes, with pat sentences that fail to inspire, motivate or even, usually, convince. Too many people mumble through speeches, peering down at lecterns, so the import of the words is lost. We are now debating crucial, fascinating subjects: how a prosperous country can manage finite resources, best cope with vast numbers of people growing old, funding an education system responsible for shaping the minds of our children and mind-boggling climate threats as though they were minutes at a council meeting, not the stuff of dreams and nightmares. Delivery matters.

Third, parties, politicians and anyone interested in participating in public debate – from companies to think-tanks or philanthropists – should invest in good writing. If you cannot write, hire someone who can. Our cities are teeming with underemployed, underpaid wordsmiths, talented refugees from a dramatically transforming print industry who are highly skilled at taking words of chaff and spinning them into gold. Hire writers, pay them well and watch what they can do. Writer Don Watson sculpted political debate for years through the words he wrote for Paul Keating. Rumplestiltskins exist, and prove writing matters. Words matter.

Barack Obama has been a global beacon of fine oratory for several years: the whole world has listened. Even those who object to his politics, or his message, still acknowledge the lyricism of his beautifully crafted words, and the uniqueness of his delivery. The Republicans dismiss this as celebrity showmanship: but the US President has shown that in the midst of recession, war and massacres, words can still transport us and remind us of our common humanity. These are the extraordinary moments that connect and uplift us.

It’s not all bleak. Julia Gillard’s misogyny speech was one shining exception, a perfectly timed and pitched attack that, for a brief moment, seemed to be saying something about all women who had ever battled disrespect “every day in every way”. And Tony Abbott’s barely reported recent speech about the Aboriginal and Torres Strait Islander Peoples Recognition Bill was eloquent: “Pre-1788, this land was as Aboriginal then as it is Australian now and until we have acknowledged that, we will be an incomplete nation and a torn people.”

Michael Fullilove, the executive director of the Lowy Institute for International Policy and author of Men and Women of Australia! Our Greatest Modern Speeches believes the “holy trinity of great Australian speech-makers” is Keating, Menzies and Whitlam, singling out Keating’s eulogy to the Unknown Australian Soldier in 1993.
In this speech, Keating described the Anzac story as “a legend not of sweeping military victories so much as triumphs against the odds, of courage and ingenuity in adversity. It is a legend of free and independent spirits whose discipline derived less from military formalities and customs than from the bonds of mateship and the demands of necessity”. Lovely.

We need good speeches. Where are our Demosthenes? The Greeks knew how important oratory was: those who could inspire with words were venerated, honoured, revered. It is no accident that historically democracy has been connected with oratory, and tyranny with suppression of speech: think of France, England and America in the 18th centuries, as well as ancient Greece. As Henry Hardwicke wrote, “It is to the interest of tyrants to cripple and debilitate every species of eloquence.”

Oratory is also just a great, simple pleasure. Fine words, a strong voice, a convincing argument, a story well told. As Henry Ward Beecher put it, “Oratory is the masculine of music.”
It may be foolish to hope for political symphonies; but even the odd solo would be a rare treat. It might even win votes.