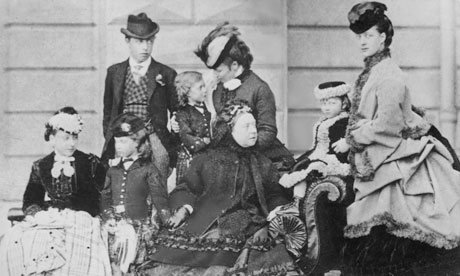 In many ways Queen Victoria was the model of a modern woman: candid, stroppy and stubborn. What we almost always forget is that not only was she an enduring sovereign and besotted wife, she was also the 19th century’s most powerful and prominent working mother.

For 40 years she was a single mother of nine children. Her privilege inoculated her from most of the struggles of single mothers, of course, but she is still given little credit for the fact that she parented for four decades alone, so loudly is she criticised for the intense way she mourned her husband after he died at 42. She was certainly given little credit by the recent BBC documentary titled Queen Victoria’s Children, in which she was dubbed a “domestic tyrant”.

This gripping series built the case that Britain’s longest reigning queen was a remote, caustic and unkind mother: controlling, bored and repulsed by her children. She was, we learned, a woman who was so sexually obsessed with her husband that her libido crowded out any maternal affection. After all, how can you love both sex and children?

The idea that Victoria did not love her offspring is a myth that has endured for three reasons. First, because Victoria said often brutal things about babies and the toll of childbirth in confidence to her eldest daughter in the late 1850s and 60s. By then, she had borne nine children, a process that wreaked havoc on her tiny frame and often left her battling depression. Second, because the two men who edited her official letters cut out almost all of her correspondence with other women, which demonstrate her constant concern for her children, because they found women’s letters “tiresome”. And third, because historians have steadfastly overlooked her adoration for her babies as a young mother.

Victoria’s diary entries, particularly in the 1840s and 50s, reveal a mother who delighted in her children with a marked tenderness. It all appeared, at first, astonishing and miraculous: “It seems like a dream having a child.” After she showed off her eldest, Vicky, to her ladies-in-waiting, the twentysomething monarch wrote: “She was awake and very sweet and I must say, I was very proud of her.” She believed a core part of a child’s upbringing was to spend as much time with the parents as possible, and saw her new babies so frequently that her ladies-in-waiting commented on it. When the Duchess of Sutherland lost a baby, Victoria wrote in distress about the boy who was also her godchild: “I cannot say how it grieves me. Such a sad event makes one think of one’s own little treasures, and how they might be taken from one.”

I can’t help but wonder if much of what Victoria is castigated for is her honesty. Motherhood is gritty and exhausting as well as blissful; it’s not an uninterrupted dewy-eyed experience. In the 19th century, motherhood was idealised as sacred; but the actual experience was frightening, often debilitating and potentially fatal. Debates about child custody show the mother-child bond was not as revered as we might think: the role of mothers was symbolic, and biological.

Even queens were not immune from the physical wear and danger of childbirth, something that frustrated and infuriated Victoria. In the first 60 months of her marriage she was pregnant or recovering from childbirth for all but 16.

It is true she found breastfeeding disgusting, animalistic and vulgar – and worried about reconciling it with public duties – but she was hardly alone. It is also true she called infants frog-like, but they do sometimes resemble frogs: anyone who has tickled a baby knows their limbs often jerk and splay in an alarmed fashion. This formidable queen didn’t lie or hedge her views, but voiced what many mothers have thought in secret: how they’d rather be having sex with their husband than entertaining warring toddlers; how being pregnant made them feel like cows; how some of their children were uglier or funnier, or more or less appealing, than their siblings. Albert was, she acknowledged, a more natural nurse, and she admired him for it.

Acting as both mother and father, Victoria was certainly harsh, judgmental and controlling, but could never be accused of indifference. A dedicated and strong-minded mother, she was deeply attached to her children, even if she was frequently irritated, disappointed or overwhelmed by them. This is hardly unusual. We love to accuse powerful women of being evil mothers. But if Victoria were to be convicted because she had the hots for her husband, disliked being pregnant and criticised her children, the ranks of bad mothers across the globe would swell rather rapidly.

This article was originally published in The Guardian on January 9 2013.