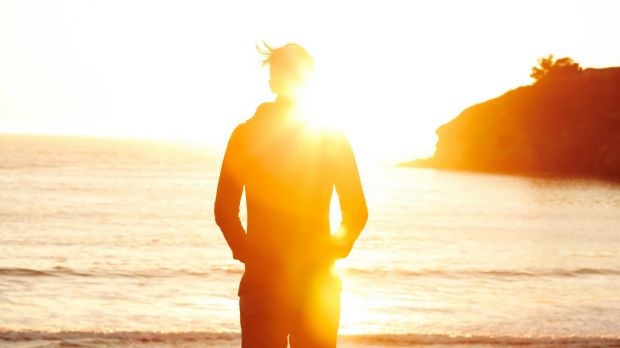 When we're young, it seems there will always be time enough for everything. Photo: iStock

I never thought about my own mortality much until I was diagnosed with cancer last year. There was always time, I thought breezily, always time for everything. I could be careless and fix things later, make amends later, be a full, proper, grown human being who finished her filing and had napkin rings and little tables in hallways with lamps and paperweights on them, later.

Then the doctor’s words romped across my future hopes and expectations like a fire devouring bush.

And while my eyebrows are still singed by the experience, I now wonder if it actually made me a better person, a little less of a fool. I miss the thrill of abandon and risk as I live more carefully, deliberately. But in many ways I am glad I was smacked so forcefully, as even though I am no longer panicked, I am conscious every day of the fact that life is very often not as long as you think, that the hours and minutes count. That five-minute conversations might matter a lot more than five-year plans. And when I was ill people were suddenly so much kinder – kind in a way we all should always be, because aren’t we all more vulnerable than we know?

A recognition of death is often twinned with a powerful thirst for life. So what happens when we strive to live forever, and how would the postponement of death affect the way we live? To what end would we live? Would it change?

Great outrage was directed at the scientists who published a paper in Nature this week, in which they argued that our life expectancies, after rising dramatically since 1900 or so, have plateaued and are not likely to progress much further.

One of the authors, Dr Jan Vijg from the Albert Einstein College of Medicine in New York, thinks we have already reached the top limit of human longevity: “From now on, this is it. Humans will never get older than 115.”

What they were looking for was evidence that the biggest increase in survival was experienced by older age groups as medicine improved. What they found instead was that the survival age of older groups had increased for the past century but levelled out in 1980 – at roughly 99. Since then, the increase in the age limit has been fractional.

We are eating better, smoking less, taking antibiotics and vaccinations, but we are unable to fully repair the damage to our DNA done by the process of ageing. As the scientist, Vijg puts it: “At some point everything goes wrong, and you collapse.” (It should be noted that critics say the scientists forgot to factor in future developments in medicine.)

So why was there such consternation?

No one would deny the desire to live longer, and most of us want to live healthy lives for as long as we can, but have we really grappled with the consequences of a world roiling with centenarians?  How would we live?

A central question in the magnificent memoir of a brilliant neurosurgeon dying of brain cancer, When Breath Becomes Air, is how differently the author Paul Kalanithi would live according to how long he thought he had – two months, two years or two decades. Should he quit medicine and write? Focus only on his family?

And if discrepancies in access to medical treatment are already yawning chasms, how can we ensure that a bid to prolong ageing is not just a space race between billionaires eager to enjoy their spoils as long as they can?  Life expectancy in some African countries still hovers around 50: Sierra Leone, Angola, Central African Republic, Chad, Ivory Coast are all between 50 and 53 years.

Research studies show desire for longer life fades as people age, and that the wealthier, more advantaged hanker for it in a way poorer people do not.

Every effort science can make to help us live longer, healthier lives should be applauded – especially as often the best discoveries are made en route, as others have pointed out. When aviator Charles Lindbergh tried valiantly to invent machines that could act in the place of organs, one of his devices was the early blueprint for a heart-lung device utilised in open-heart surgery.

But how old is old enough? And how can we be sure that we are not directing efforts to enabling a few of the privileged to endure while other broadly significant research – into other diseases – stalls? And this is what was missed in all the hue and cry about Vijg’s research: he still thinks there is a strong chance we can improve our health span, which is surely the best outcome.

The thirst to live and endure is understandable. But an understanding of our own mortality can often make living sharper.

Julia Baird is the host of ABCTV’s The Drum.