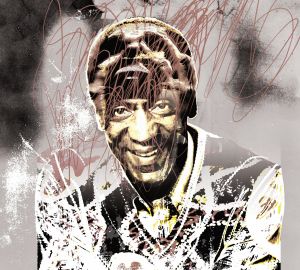 Possibly the most striking fact about the sexual assault allegations against Bill Cosby is that they were only taken seriously when a bloke joked about them.

Before then, they had been cited in a lawsuit (settled out of court), aired on the Today show, and dissected in Newsweek and People magazine, but the plaudits for the much-heralded Cosby continued uninterrupted.

It was male comedian Hannibal Buress who aired them in Philadelphia club during a standup routine last month. He had discussed Cosby’s rape charges before, but when they were captured on video, they crackled like a fuse to dynamite.

Speaking of Cosby’s admonishing of African Americans on morality, Buress said: “Yeah, but you rape women, Bill Cosby, so turn the crazy down a couple notches. I’ve done this bit on stage and people think I’m making it up … when you leave here, Google ‘Bill Cosby rape.’ That shit has more results than Hannibal Buress.”

And so it began. Now we all know what some knew before. And more have come out. Eight women have accused him of sexual assault, and the stories are eerily similar: taking pills from Cosby for colds or stomach aches, or accepting drinks he made, then becoming disoriented, passing out and waking up half clothed. They cover three decades, from 1969 to 2004.

The first allegation emerged in 2005, when Andrea Constand, a former director for the Temple University’s women’s basketball team claimed Cosby had drugged and raped her in 2004, in his Philadelphia home. Then another, Tamara Green said she was drugged and fondled in 1970.

Another  12 women were listed in Constand’s court papers under “Anonymous.”

Two of those women then came out – first Beth Ferrier who said that in 1984 she had been drugged and raped in a car in Denver. Then Barbara Bowman said her “mentor” Cosby had raped her “multiple times”, in New York and Reno in 1985.

These allegations were of course unproven and not tested in court, as the Constand case was settled. But shouldn’t a few more questions have been asked before the stories were dismissed?

In February this year, the allegations appeared again in Newsweek, but in July NBC declared they had hired Cosby to star in a new show. In August, Netflix made public their own coup: a Cosby “standup special” in November.

Bizarrely, a biography of Cosby by talented former Newsweek editor Mark Whitaker which came out in September, did not mention them. Whitaker said: “I didn’t want to print allegations that I couldn’t confirm independently… there were no independent witnesses and no definitive court findings.”

Which is fair, but should the claims not have been canvassed and probed?  After the Buress video went viral, more women came out. (Model Janice Dickinson says Cosby “gave her a pill with wine” after she complained of stomach pains in Lake Tahoe, and her pyjamas were off when she woke. Joan Tarshis said Cosby drugged and raped her twice in 1969 when she was 19.)

CNN anchor Don Lemon asked Tarshis why she didn’t just bite Cosby’s penis instead of performing oral sex when he forced himself upon her? He has since apologised but his remarks reveal how hard-wired we are to disbelieve women.

Then the Village Voice did some digging and found a chilling recording of Cosby boasting about date rape drugs – called “Spanish Fly” —  in 1969 in a stand up routine. He joked about how cool it was to obtain it, both as a teenager and adult, as it made girls go strange when you put it in their drinks.

Many questions remain, for journalists as well as Cosby. In a powerful piece in the Atlantic, Ta-Nehisi Coates says he regrets only briefly mentioning these women in a 2008 piece. The lack of evidence was his excuse, he says, but he should have spent more time pursuing and questioning, trying to find it out. He writes: “I regret not saying what I thought of the accusations, and then pursuing those thoughts. I regret it because the lack of pursuit puts me in league with people who either looked away, or did not look hard enough.

“Believing Bill Cosby does not require you to take one person’s word over another,” he continued, “it requires you take one person’s word over 15 others.” So who’s to blame? Powerful men who abuse their power or the rest of us who don’t look hard when we should? Coates argues we don’t want to believe Cosby is a serial rapist because: “It damns us for drawing intimate conclusions about people based on pudding-pop commercials and popular TV shows. It destroys our ability to lean on icons for our morality. And it forces us back into a world where seemingly good men do unspeakably evil things.”

It also damns us for not believing women.

After Buress’s remarks pushed the issue into the mainstream, Barbra Bowman wrote a piece for the Washington Post in which she asked why it took 30 years for her story to be believed. In 1985, her agent dismissed her story and her lawyer accused her of fibbing:  “I was a teenager from Denver acting in McDonald’s commercials. He was Bill Cosby.”

When the Constand case encouraged her to go public, the story still  “didn’t seem to take hold”. Which is why, until recently, it was a surprise to most of us.

Part of this is the viral power of social media. But why didn’t it preoccupy us 10  years ago? Why accuse the women of “scamming” and being “thirsty for Cosby Show money?”  Surely we should interrogate the men, or the alleged perpetrators, not simply shame the women. Psychologists have consistently found that the key to girls and young women surviving sexual assault is that they are believed and supported, especially by their mothers.

The claims are untested and unproven, but the stories are mounting. This week, two more women came out with similar stories. Now 77, Cosby has remained silent about what his attorney called “decade-old, discredited” claims. But his appearances on talk shows have been cancelled, NBC has scrapped his project, Netflix is delaying his comedy special and TV Land has stopped broadcasting the old Cosby Show.

It has taken a decade.