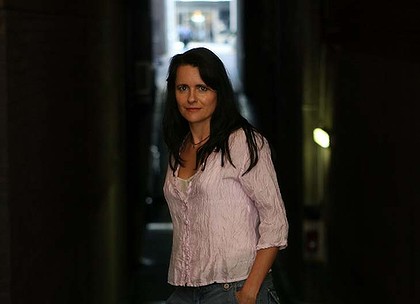 There are a few types of people Australians love to hate. Bad sports. Whingers. Wankers. Wowsers. And now, it seems, anti-porn campaigners, or religious types who tell us how to live our lives.

But there has been something disturbing about the viral attacks on the author and polemicist Melinda Tankard Reist this week. “I’m going to get a T-shirt made that says ‘I [did something obscene to] Melinda Tankard Reist with a coffee cup’,” wrote one charmer on Twitter as haters piled on, forgetting that threatening rape is not OK, even if done in 140 characters. There was something feral in the trolling that was troubling, even for those who do not share her anti-pornography, pro-life views.

Blogger Jennifer Wilson took exception to the article and claimed Tankard Reist, a Christian who does not attend church, was concealing an agenda of religious fundamentalism. “She is deceptive and duplicitous about her religious beliefs,” wrote Wilson, “and she does not declare herself.”

Shortly after her blog, Wilson received a letter from Tankard Reist’s lawyers asking her to retract her statements and apologise. This was a clumsy, heavy-handed attempt to respond to what she saw as defamatory statements – and it has backfired. Tankard Reist, who is reeling from the nastiness of the attacks, told me she was contemplating her next move.

This debate has prompted two questions. First, can a feminist be pro-life? And second, when must a private faith become public?

Since the early 1970s, most feminists have agreed reproductive rights are crucial. Not because abortion is a wonderful thing – it is not – but because it is a woman’s right to decide if she should become a mother, not the state’s.

I am pro-choice too, but I feel uncomfortable about excluding women from an enormously complex, centuries-long and intellectually diverse social movement because they do not agree with me on one subject. A critical subject, granted, a pivotal subject, but not the only determinant of the quality of a woman’s life.

Sarah Palin prompted a similar debate in America, by cheerily calling herself and her pro-life, right wing “Mama Grizzlies” feminists – enraging the left, who argued few of their policies make life better for women.

But anyone who has studied history will know some dubious, conflicted characters have called themselves feminists, and some firebrand heroines have not. They have also had intense disagreements over contraception and reproduction. Some suffragettes such as Elizabeth Cady Stanton opposed abortion, describing it as infanticide; all while convening radical conventions – like Seneca Falls in 1848 – demanding women’s full, equal participation in politics and the church.

The English author Rebecca West provided the best definition of feminist last century: “I myself have never been able to find out precisely what feminism is,” she said. “I only know that people call me a feminist whenever I express sentiments that differentiate me from a doormat.”

It’s not particularly cool, in Australia, to admit to a faith – many public figures dodge questions about personal beliefs for fear they will be suspected of a sinister agenda. Which is probably partly why Tankard Reist has been evasive when asked about her religious views. This is a shame, and will foster suspicion.