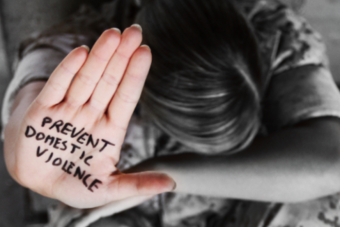 PHOTO: Blaming victims of domestic violence is both repugnant and idiotic. (Debating Europe)

Blaming victims of domestic violence is both repugnant and idiotic.

It is also dangerous. Telling women – and men who are also victims – that they are to blame for attacks and assaults on them only perpetuates the idea that they should suffer quietly, not report it, and that if they are good girls it will stop.

In short, it could lead to death.

And yet the belief stubbornly persists that there are things women do or don’t do that encourage or even force men to beat or rape them, or that simply prevent men from making a basic choice not to be brutal. For centuries we have accused women of somehow silently provoking men to attack them, by the way they are walking, how they are talking, what they are wearing, or some such.

Even suffragettes were sexually assaulted when they picketed for the vote for women: this, they were told, was their fault.

This week, an article by a clinical psychologist, Dr Sallee McLaren, somehow managed to be published in The Age despite the fact that she nonsensically estimated women are to blame for 50 per cent of incidents of domestic violence.

There is no data to back this up, it appears to be simply statistical guesswork. (McLaren’s bio identifies her as an expert in anxiety and depression, not abuse and violence, although she says these matters come up frequently in her work.)

While stressing that morally, the perpetrator is always at fault, she argues that if women don’t challenge a man’s anger early in a relationship, he will come to see it as acceptable and it will worsen. First, it is 4/10 anger, then 6/10.

Get The Drum in your inbox

Subscribe to get The Drum delivered to your email twice a day, plus top news headlines and alerts on major breaking stories.

“Before you know it, he has reached 9/10 and he is smacking her head into the wall and calling her a “fucking c—“. She continues: “While, of course, there is never any excuse for being violent towards a partner, she has nonetheless contributed 50 per cent to how this domestic violence situation came to be.”

Hmmmm. How this was calculated was a mystery, and the illogic is stark. Many women do not protest due to fear of escalation – an escalation that can happen in a minute, not gradually over months. You can hardly view the women in these awful, often paralysing situations as wishing the violence to continue, or condoning it with silence.

Bravo, Phil. And yet isn’t this obvious?

Empowering women to leave is entirely different to blaming them for their bruises. And yet oddly enough, the more we are talking about domestic violence, the more ugly rationales for it seem to emerge.

What we are fighting against is the normalisation of violence. And what we need to do is not just expose assaults when they happen, but the diabolical excuses we make for them, and the leniency with which we respond to them. It is part of our cultural fabric. In March, the former partner of Nick Stevens, a former player for Port Adelaide Football Club, testified in court that he had threatened to kill her, slamming her head against the kitchen tiles on one occasion and a brick wall on another.

In April, Country Rugby League Player Sean Scott smashed the side of his girlfriend’s head with a beer glass. He was stood down “indefinitely”, which then became only three weeks. Less than a month!

Last year, ESPN host Stephen Smith suggested women try to learn as much as they could about “elements of provocation”, while discussing the two-game suspension of an American football star for knocking his fiancée unconscious. He was forced to apologise and was suspended for a week. Whoopi Goldberg backed him up though, arguing a short woman who hit a tall man could not be surprised if he hit her back, if she’s “the last thing he wants to deal with that day”. Women needed to be taught, she said, that men do not “have this chivalry thing still with them”. Right then. It’s either chivalry or assault?

Smith’s bullshit was galling on so many levels but for women, this is not a new message. Our job, throughout our lives is to not provoke men into beating us, raping us, cat calling us, whatever. Men, so many people would have us believe, simply cannot control themselves so it is our job, as women, to not only live our own lives but make sure men don’t hurt us…

Some pundits have said that Rice’s wife, then fiancée, struck him and he was simply defending himself. He has the right to defend himself but I am unclear as to when self-defense becomes knocking a woman unconscious. I am particularly unclear about how a professionally trained NFL football player who outsizes his partner significantly, cannot make a different choice.

According to the important Counting Dead Women project, 36 women have died in Australia this year as a result of violence.

It is important to flush out, dissect, and then discredit arguments like McLaren’s, mostly because they are not unusual. According to the VicHealth survey, one in five Australians think women are partly to blame for rape if they are drunk. Almost one in four thinks domestic violence can be excused if the man cannot control his anger or is sorry. Those most likely to blame the victims were young men.

A culture that excuses rape and violence is one that allows it to happen. Violence is a choice, not an instinct, and it is never excusable.

Unfortunately, this is something we need to state over and over: maybe men could stop punching women.