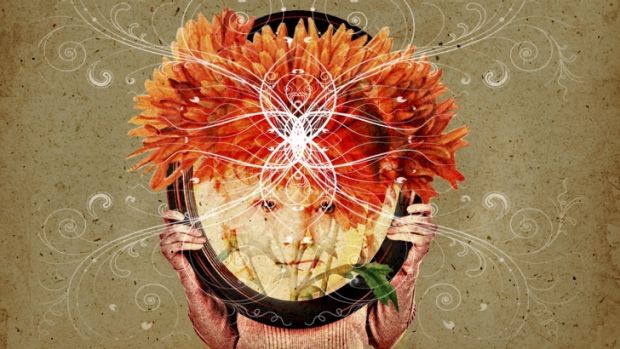 It’s one of the hardest parts of being a mother of little girls. How do you stop them from frowning at their reflection? How do you protect them from the feelings of inadequacy and self-loathing that girls seem to somehow absorb as they grow? How do you teach them to recognise the beauty of a whole person, and not divide themselves into limbs, eyes, noses, breasts; segments that they decide need “fixing”?

Zadie Smith captured this well in On Beauty. Her character Kiki Belsey had dreaded having daughters because “she knew she wouldn’t be able to protect them from self-disgust.” She tried banning television, had kept makeup and women’s magazines out of her home, but nothing had made a jot of difference.

“It was in the air, or so it seemed to Kiki, this hatred of women and their bodies – it seeped in with every draught in the house; people brought it home on their shoes, they breathed it in off their newspapers. There was no way to control it.”

And so it was that Kiki thought about this endless self-criticism as she watched her daughter tug at a man’s nightshirt she was wearing and say forlornly: “Right. I look fine. Except I don’t.”

This week, preparing for Mother’s Day, I have spent a lot of time thinking about what my mother has taught me. As in many families, my mother is the ballast in the bilge, the central force that has long enabled the rest of us to function, the strongest and wisest one. She is one of those remarkable people who possess both sense and kindness. She laughs at pomposity and self-importance, has little interest in money and is simultaneously sharp-eyed and forgiving. An introvert, she is also mischievous, which has resulted in some stunning pranks.

Mum has taught me so many crucial lessons. First, that grace – showing generosity and forgiveness even to those who do not deserve it – is not weak but extraordinarily powerful. Second, that kindness is not an aspiration, but a daily practice, a muscle that, if exercised can grow strong and become a habit or a way.

Third, that sometimes you do not need to overthink resilience. For a psychologist her philosophy was remarkably simple, yet effective: “You just get on with it.” That after one day, another comes, then a third.

She also taught me that an enduring lack of vanity is a great gift to a daughter. This is not because grooming is inherently bad. It is because orbiting a woman whose self-esteem does not rest on appearance/applause can show you that a million other things matter more. My mother has always been beautiful, with thick dark hair, blue eyes and smooth skin. She has also always been fit, travelling a trajectory from Richard Simmons and Jane Fonda workout videos in the 1980s to Bikram yoga. Possibly the best experiment was a Christian aerobics tape she bought called The Firm Believer.

But she is not in the slightest bit vain. And women who are not vain enjoy a freedom others don’t. It is obvious that she measures herself, and others, in other ways. It is only now I am realising how rare this is, and how pleasant it is to be around. This might be like Iris Murdoch’s definition of the humble man – who is not by definition the good man, but perhaps the “kind of man who is most likely of all to become good”. And perhaps the kind of woman who does not give a rats about how others might rate her looks might be the kind of woman who might be liberated from all kinds of rot, and more easily able to focus on others.

When Mum walks into a room, anxiety levels instantly drop; everything seems easier, calmer, cheerier. This was especially obvious when I had my first baby. I would be pacing with a bawling infant at midnight, wracked with concern, and she would walk in, survey the scene and we’d begin to laugh. So often I’d call her distressed and half way through the story explaining why I was upset, she’d see the funny side and we’d start giggling.

It’s the joy of a keen eye for the absurd. Once my mother was working in Mulawa prison, as she did for many years, with a Christian group called Kairos. She was reading the Bible with some prisoners when one was told to recount the story of the women who saw Jesus after he rose from the dead. The inmate jumped to the task, ending: “Well, then the woman turns around and says: ‘Jesus, where the f— have you been?”‘

But it’s actually brilliant. How many days are there when you stop and think about what the woman in whose belly you grew gave you? Having children myself has made me realise how imperfect we mothers are, but it’s the most astonishing, singular kind of love.

Now my own little eight-year-old girl is twirling in front of mirrors, with a look of satisfaction I can only hope remains. I watch her carefully comb her hair, and fret when she turns to ask if her lashes are long enough. Her fierce creativity, innate kindness, fascination with outer space and love of insects co-exist with her dolls and toy hairdressing kits. My mother and I watch her together and smile.

It is supposed to be one of the greatest horrors a woman can contemplate, becoming like her mother. I can think of few things I would like more.