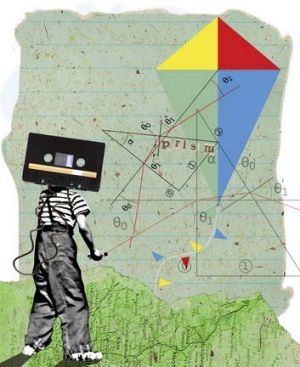 Are there times more likely to glaze eyes with memories of years past for Australians than these long, scorching, beautiful days of January? Any songs more likely to make us nostalgic than those drenched with heat and sun? Songs such as Icehouse’s Great Southern Land, Don Henley’s Boys of Summer, Buffalo Tom’s Summer, Bryan Adams’ Summer of ’69, the Smashing Pumpkins’ 1979 and Summertime from Porgy and Bess.

This is the kind of nostalgia that is the sweetest: thoughts of childhood, of first kisses and waves caught and yawning vacations, when entire months are lost in salt, sand and sea-motion. Of cruising the coast in old cars with surfboards jutting from roofs, radios blasting, windows down. Leaning into what Kenneth Slessor called the “golden undertow” of time.

But here’s the thing: in 1969, Adams was 10. In 1979, the Smashing Pumpkins’ lead singer, Billy Corgan, was 12. So for what were they yearning? Often we long for times, people, places we have never known. For myths. So is the point of reminiscing pretence, longing or aspiration?

For centuries, nostalgia was assumed to depress people, to be a kind of derangement or malady, a “cerebral derangement” or debilitating mental illness, with physical symptoms that could be so acute it would lead to death. Soldiers were the first to be diagnosed.

In 1688, after examining mournful mercenaries, a Swiss doctor coined the term – from the Greek, meaning an ache for home – and called it a “neurological disease of essentially demonic cause.” It became known as “mal du Suisse”, or Swiss illness, and traditional herdsmen’s melodies – kuhreihen – were banned on front lines for fear of bringing on nostalgic attacks.

It was not just the Swiss. In the American Civil War, 5000 soldiers were diagnosed with severe nostalgia; 74 were thought to have died from it. Playing or singing Home, Sweet Home was forbidden. It was thought, then, that thinking of the past meant only a dislike of the present and fear of the future. Escapism.

In recent years, nostalgia has experienced somewhat of a renaissance as a cadre of social scientists have produced a series of papers in the field now called Nostalgia Studies – and found, surprisingly, nostalgia is good for you.

Far from being something lame or depressing, something drenched in sepia-commercialism or cluttered by the junk of vintage hoarders, it seems nostalgia is a vastly underestimated way of making our minds sturdier.

So, as the field of mindfulness is gaining global traction – with good reason – and we are all told to breathe deeply, meditate, move on and simply be present, we should remember, too, that thinking of the past should not be derided. It is not just stubborn self-indulgence.

So what do these studies of nostalgia tell us?

Firstly, that instead of making us gloomy, nostalgia usually makes us more optimistic.

The University of Southampton’s Tim Wildschut says nostalgia raises self-esteem, which heightens optimism: “Memories of the past can help to maintain current feelings of self-worth and can contribute to a brighter outlook on the future,” he says. “Our findings do imply that nostalgia, by promoting optimism, could help individuals cope with psychological adversity.”

Wildschut, along with researchers of the Southampton, Tilburg and Missouri-Columbia universities, undertook a series of experiments that found optimism was twinned with nostalgia. The results were published in November by the Personality and Social Psychology Bulletin. In one study, people were asked to listen to either a control song they had determined was not in the slightest nostalgic, or one associated with nostalgia. Later, those who heard the latter were more optimistic. In another, those who wrote of nostalgia usually had a positive ending; a friend who had helped them, something they had learnt. The authors concluded: “The nostalgic experience … paints a subjectively rosier future.”

This study also found particular lyrics inspired memories of times with family and tribes of friends: this social connectedness boosts esteem and cheer. This can make us more charitable, generous and forgiving too, according to the results of studies published in the Journal of Consumer Research in 2012.

Other studies have concluded nostalgia makes you less anxious, depressed and lonely, and draws partners closer. It gives you what is called “self continuity” – a self that somehow, despite all, remains the same.

Crucially, nostalgia is not history. It is selective, filtered, subjectively rosy and shiny. This means nostalgia is actually the enemy of history. In her excellent book, The Way We Never Were: American Families and the Nostalgia Trap, historian Stephanie Coontz reminds Americans many of the tales frequently touted about nostalgic, “traditional values” are myths. In the 19th century, for example, the age of consent in some states was nine or 10, and in the 1950s, there were a record number of pregnant teenagers. Leave It to Beaver was not reality TV. Nor is Mad Men.

So those now examining our history curriculum would be best to leave optimism and selective nostalgia to individuals, while allowing students to examine data, unpack myths and decide for themselves what to mourn or celebrate.

Australians are not, generally, renowned for nostalgia. Reminiscing on days gone, with a bittersweet recollection and ache, is supposed to be most acute among those who live in colder climes (one study found reflecting on old memories actually made people warmer, I kid you not), and in unsettled times of disturbance, or upheaval. Such as soldiers in war.

But we are hardly immune from it, as any producer of “golden oldies” hours would attest. As Wildschut et al wrote in 2013, “the capacity for mental time travel is considered uniquely human.”

And summer remains a time of dreaming.

At the very least, this research gives us permission to allow our mind to meander down some back alleys and grand boulevards of memories, when fanned by sea winds, faces pink from the sun, watches buried somewhere in drawers. We can pretend that it might be somehow possible to pause our lives and remember moments of absurdity and joy.