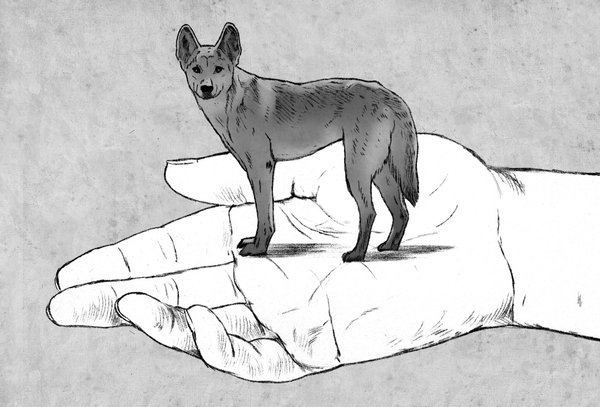 ULURU, the large red rock in the Australian outback, is a sacred site for aboriginal people. Photographs do not convey how dramatically it looms: an enormous crimson heart in the middle of thousands of miles of flat, muted desert.

It was here, on Aug. 17, 1980, that a dingo — an Australian wild dog — dragged a baby called Azaria Chamberlain from a tent as her parents sat by the campfire. Her body was never found.

Azaria’s desperate mother, Lindy, was accused of lying, convicted of murder and sent to prison. The film about her, “A Cry in the Dark,” starring Meryl Streep, spawned a thousand jokes: “A dingo’s got my baby!” It was not until this week that Lindy and her ex-husband, Michael, were finally given the vindication they longed for: a death certificate that stated that the cause of Azaria’s death was a dingo attack.

Why did it take three decades, tens of millions of dollars, a criminal case appealed in Australia’s highest court, a royal commission and four inquests to establish Lindy Chamberlain’s innocence? In that time, Australia’s population grew from 14.5 million to almost 23 million. The case has been a spectacular example of poor forensic science, anxiety about “evil mothers” and suspicion of religiosity — the Chamberlains are members of the Seventh-day Adventist Church, which was wrongly portrayed as an infant-slaying cult. Rumors circulated that Azaria meant “sacrifice in the wilderness” in Hebrew, not “blessed of God.”

Most Australians thought the dingo was a flimsy excuse. Few people, except park rangers, believed a dingo would attack a baby, and the evidence indigenous trackers gave about drag marks near the tent was brushed aside. In a 1984 poll, 76.8 percent of Australians said Lindy Chamberlain was guilty, and the investigation did little to change their minds.

Then there was Lindy Chamberlain herself. She was thought too “sexy” and “cold”; she walked into court with a face set like concrete under large black sunglasses and severely cut black hair. Much was made of her bare, tanned shoulders, her expansive wardrobe and her stoicism. When she did not weep on cue, no one suggested she might have been suffering from shock or trauma. Even worse, she was accused of playing to the cameras that were constantly thrust in her face. She was, we were told, more interested in looking pretty than in the death of her child.

This was a woman, as the prosecution put it, who could murder a baby with nail scissors in the front seat of her car before stuffing the body into a camera case. When a forensic expert claimed there were bloodstains in the front of the Chamberlain’s car, those harboring suspicions were triumphant. Guilty! People spat on her as she walked into the courtroom. It took years before it emerged that the marks were from a chemical spray and old milk.

When “A Cry in the Dark” was released in 1988, it presented a significant challenge to public opinion, coming as it did on the heels of a commission that established serious bungling of evidence by the police and judiciary and overturned the conviction for which Lindy Chamberlain served three years. The movie offered a sympathetic portrayal of a woman struck by an inexplicable tragedy and then accused of an inexplicable crime. By then, she had already given birth in prison to her fourth child, who lived with foster parents until her mother was released. Many people wrote her apologetic letters after seeing the film.

When the coroner tearfully declared the Chamberlains innocent this week and gave them Azaria’s correct death certificate, there was a surprising display of grief and shame in Australia. Comedians issued public apologies for using Lindy Chamberlain as a punch line; TV hosts were grave and emotional. Azaria would have turned 32 on June 11; her parents’ faces crumpled when reminded of it.

The Australian historian Michelle Arrow, who has co-edited a book about the case, believes it was such an engrossing spectacle that we still bear a “psychic scar” from it. Part of the witch hunt, certainly, was about the way white Europeans viewed aboriginal land; as a remote place where sinister things would happen, a place of dark magic where a young mother would slit her baby’s throat as a sacrifice to God.

We see now that our willingness to believe that was a collective failure of empathy. We assumed an innocent woman was guilty. We threw rocks at a grieving mother. And a nation founded by convicts somehow forgot the presumption of innocence.

Lindy Chamberlain is writing a book on forgiveness now. She has learned how to absolve those who mocked, vilified and condemned her. We should take longer to forgive ourselves.

Julia Baird, a journalist, is the author of “Media Tarts: How the Australian Press Frames Female Politicians.”

A version of this op-ed appeared in print on June 16, 2012, on page A23 of the New York edition with the headline: She’s Innocent. We’re Guilty.